Telegram launched a feature called 'People Nearby' for added functionality. However, a researcher described the new feature as a loophole, which can detect a user's exact location that might impose a potential threat.

Telegram's feature might cause a threat to its users 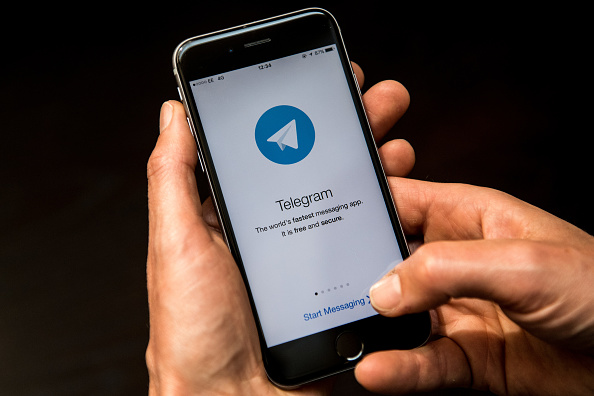 (Photo : Carl Court/Getty Images)
Telegram Messaging App LONDON, ENGLAND - MAY 25: A close-up view of the Telegram messaging app is seen on a smart phone on May 25, 2017 in London, England. Telegram, an encrypted messaging app, has been used as a secure communications tool by Islamic State.

The famous application Telegram rolled out its latest feature called 'People Nearby,' which would enable users to explore other nearby Telegram users who are in the section at the time. This cool feature would let interested people engage and create local groups.

To use Telegram's 'People Nearby,' users have to enable location services to let the app spot their exact location and list them in the 'People Nearby' group. However, an independent researcher Ahmed Hussian claims that the new feature is a security threat.

According to Tech Dator, Ahmed Hussian said that the 'People Nearby' feature could be exploited if a threat actor uses free and straightforward tools to spoof location and be discoverable by others. Hussian added that hackers could connect with targets or groups and send them hacking tools, fake bitcoin investments, stolen security numbers, and other scams.

The researcher also demonstrates the possible incident using a rooted Android phone and a free GPS application and created a video. Ahmed shared his findings with Telegram, but the company responded that the 'People Nearby' feature is not a bug and does not cover their bug bounty program.

Besides, Telegram said the feature is off by default and would only work for people who intentionally enable it. But it depends on how the feature will be used. The app recommended its users to keep the feature off unless they needed to use it.

Recently, the messaging app's founder Ravel Durov made noise as he asked Facebook to respect its users. According to Money Control via MSN, Durov slammed Facebook, which also owns WhatsApp.

Messaging platforms Signal and Telegram surge in popularity after WhatsApp's new privacy policy received concerns about data-sharing with Facebook. In a post on his Telegram channel, Durov said, "I hear Facebook has an entire department devoted to figuring out why Telegram is so popular. Imagine dozens of employees working on just that full-time."

The Russian founder sought some "myths" about Telegram after witnessing inaccurate information regarding social media platforms. Durov cleared Telegram's code as an open-source, and chats are encrypted. From 2018 to 2020, Telegram does not have offices or servers in the country and was blocked from 2018 to 2020, Durov said.