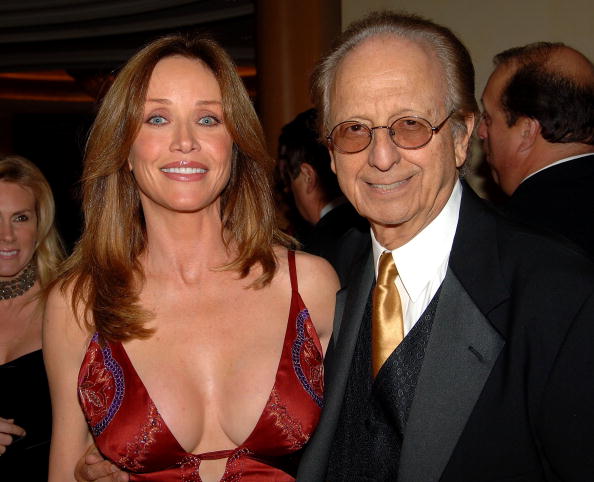 According to Daily Mail, while Tanya, 65, was still fighting for her life at the ICU, her partner Lance O'Brien mistakenly announced that she was dead. However, the Bond girl died after 24 hours of the premature revelation.

On Monday, obituaries for the star were published worldwide after her agent informed the media that Roberts died at Cedars-Sinai Hospital in Los Angeles on Sunday. Her partner broke down in tears as he received a call from the hospital during the emotional interview.

O'Brien said with anguish, "Now, you are telling me she's alive," O'Brien told Inside Edition that the ICU team from the hospital said Roberts is alive. On Monday night, Tanya's partner confirmed she died, TMZ reported.

Actress Tanya Roberts's agent revealed that she died from a urinary tract infection that spread to her liver, kidney, gallbladder, and bloodstream, Daily Mail reported.

Tanya spent the day walking her dog and complained of being unwell on Christmas Eve. In the night, Roberts collapsed while on her way to the bathroom.

O'Brien believed Roberts died without speaking to a medical staff

Roberts was immediately brought to the hospital and was placed on a ventilator, but her condition deteriorated immediately. She was tested for coronavirus, and the result was negative.

On Sunday, her partner O'Brien went to the hospital after doctors said the actress rapidly deteriorated and she was going to die, as per TMZ. O'Brien said Roberts opened her eyes and tried to grab him, but then it closed again, and she "faded."

O'Brien said he left the hospital devastated without speaking to the medical staff of Roberts's manifestation. On the same day, Tanya Roberts's partner appeared, claiming that he had watched the actress' 'last moments.' Hours later, the news of Tanya Roberts's death was released by several outlets worldwide.

Tanya Roberts's partner does not know who to blame

Lance tried to explain the confusion on how he announced his partner's death, saying he does not know who to blame for the mix-up. Meanwhile, the hospital declined to comment on the case for the patient's confidentiality.

Tanya Roberts's partner told The Sun, "I turn around, and she's completely passed out cold. I thought that was that she wasn't going to recover."

A press release by Pingel was later issued saying Roberts, who is famous for appearing opposite Roger Moore in the 1985 Bond Film "A View to Kill," had died. The representative said he had discovered the news of the actress's death from her partner, Lance O'Brien, who told TMZ he visited Roberts at the hospital before she passed away.

Lance O'Brien is the low profile husband of Tanya Roberts, as per The Sun. The couple has kept their relationship private, and it was unclear when the two tied the knot.

But Tanya Roberts was married first to screenwriter Barry Roberts before she found her love with O'Brien. Tanya and Barry married in 1974 when the actress was just 19 years old. Before Barry died in 2006 with encephalitis caused by brain inflammation, he and Tanya spent their life in California.