Fact Check: Trump Will Reportedly Get Financial Benefit in Promoting Hydroxychloroquine for COVID-19

While the race for the COVID-19 is still on, the anti-malaria drug hydroxychloroquine seems to have had an advantage with its competitors since U.S. President Donald Trump called it a "miracle durg." Trump also continued to push for its usage despite the fact that experts have expressed their contradiction and skepticism about the drug. 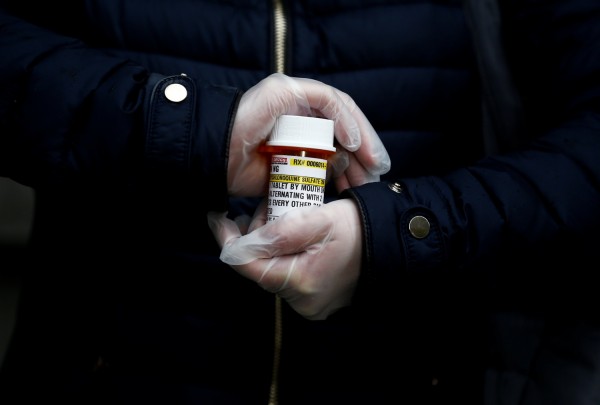 (Photo : REUTERS/Lindsey Wasson)
Laura Ng, who has lupus and had to recently call at least five pharmacies before she could find a place to fill her hydroxychloroquine prescription, is photographed in Seattle, Washington, U.S. March 31, 2020. Ng said she is worried about the supply due to interest in the drug as a treatment for coronavirus disease (COVID-19).

Last Sunday, in a rare appearance in the Situation Room while his coronavirus pandemic task force was meeting, Trump expressed a determination to talk about using the anti-malaria drug as a treatment for COVID-19. He also mentioned that the federal government has already stockpiled at least 29 million hydroxychloroquine pills and has distributed millions of it to the labs and military bases all over the U.S.

Moreover, Trump has posed the question of what more could the country lose if they try the drug, adding that he is not looking at it in any other way, rather than the possibility that it might work. He also said that if it does work, people may regret not using it as early as possible, even saying that he is not a doctor but he does have common sense.

One of the people who have openly expressed doubt about the drug is the country's top infectious diseases expert, who is also a member of the White House's coronavirus task force, Dr. Anthony Fauci. Dr. Fauci has repeatedly warned against the testimonies of those who said that they have experienced the positive effects of hydroxychloroquine in battling COVID-19.

Read also: US and China Reach a Truce as COVID-19 Continues to Cause Chaos

How will Trump benefit from promoting hydroxychloroquil?

Thus, people keep questioning why the president is very insistent on using the drug. The president's aggresiveness on the topic has also sparked theories about his possible financial benefits if hydroxycholorquine is used due to his connection to the company that manufactures the drug.

In a report by The New York Times, it stated that Trump is somehow connected to a French drug company, Sanofi, who manufactures a branded version of the drug called Plaquenil and that he has a "small personal stake" with them. This is said to be because of the investments of his three family trust in a Dodge & Cox mutual fund who has 3.3 percent invested in Sanofi which is its largest holding.

However, according to MarketWatch, the said benefit that Trump may gain from the investment is negligible on his part, stating that his financial stake with Sanofi may only be worth between $99 and $1485 which isn't worth much for a president who has a $3 billion net worth.

This is also supported by a post from Washington Post which pointed out that Trump's Sanofi investment is only about 0.000003 to 0.00005 percent of his net worth. Saying that even for someone whose net worth is only $100,000 it would only be like worrying about a nickel in his pocket.

Thus, they noted that the president may benefit from promoting the drug more on the political side is his gut about the "miracle drug" is correct.

5 Disastrous TikTok Beauty Tips You Should Not Try