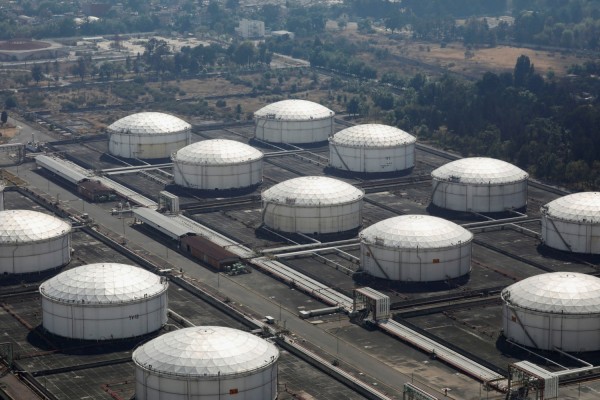 Amidst the war between Saudi Arabia and Russia, supply remains resilient as U.S. producers do not want to be the first to blink by turning off production and the world soon will run out of room to store all the unneeded barrels of oil.

Senior Energy Analyst at Neuberger Berman, Jeff Wyll shared that the market is starting to signal that only is there no demand for this crude but eventually there could be nowhere for it to go.

According to Goldman Sachs, storage facilities, terminals, refineries, pipelines, and ships eventually could reach their capacity and it something that has not happened since 1998.

Corners of the oil market show the distressed pricing forcing investors to price in the risk that might happen soon.

While West Texas Intermediate and Brent are trading north of $20 a barrel, other regional prices have recently plunged into single digits which is true for landlocked grades of crude because of trickier access to storage.

On Tuesday's report of an Analyst at JBC Energy, it was discussed that the demand is falling so fast relative to supply that very soon many producers' main issue is if they can find an outlet for their crude rather than making a profit out of it.

JCB added that one storage option would be loading all extra crude onto ships wherein 20% of the global fleet of very large crude carriers (VLCCs) could become floating storage but despite the possible effort it cannot absorb the surplus.

Oil prices may drop below zero

As of last week, the oil glut is creating a scenario where some obscure grades of oil already have actually dropped below zero with a Wyoming crude grade recently bid at negative 19 cents a barrel.

The shrinking storage capacity scenario could lead oil producers to pay someone just to take the barrels off their hands.

Jeff Wyll of Neuberger added that the price is trying to go to a level to force companies to keep the oil in the ground and if it has to go negative to incentive that behavior, then it will.

As per Goldman's Currie, WTI, WTI Midland, and Canada's Western Canadian Select can go negative because of it 500 miles from water.

Certainly bizarre, but there is some limited precedence in the energy market that could lead to subzero oil prices just like what happened in US natural gas last year, as prices in West Texas traded in negative territory for more than two weeks because there were not enough pipelines to carry away the gas.