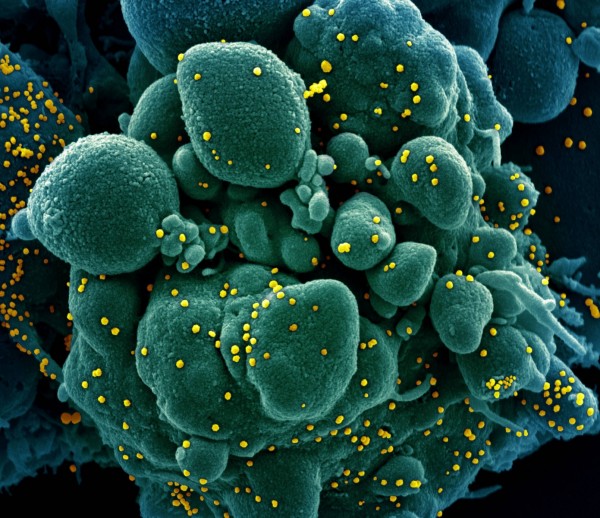 A new study says that the coronavirus occurred naturally, debunking previous theories that the novel coronavirus which caused the COVID-19 pandemic was made by man in a petri dish,

Based on the study, the genetic make-up of SARS-CoV-2, the causative agent of COVID-19, reveals that it isn't a mixture of already known viruses which could have been created by humans in a laboratory. According to researcher Kristian Andersen and his colleagues, the SARS-CoV-2 has unusual features that were only identified recently in pangolins, strengthening the claim that the virus came from nature.

Andersen is an infectious disease researcher at the Scripps Research Institute in La Jolla, California. He said that when he first heard of the coronavirus which caused an outbreak in China, he immediately wondered where the virus came from.

In the early days of the outbreak in China, researches suspected that the virus was being spread by repeated infections from animals in the seafood market in Wuhan where the first reported cases came from. However, after the virus' genetic makeup was released in January, conspiracy theories and rumors that the virus could have been genetically engineered in a laboratory and was either released accidentally or intentionally, sparked.

In an unfortunate coincidence, the close proximity of the market from the Wuhan Institute of Virology, which conducts research on viruses found in bats, that have potential to cause disease including coronaviruses, fueled the suspicions of conspiracy theorists, according to a virologist at Tulane University in New Orleans, Robert Garry.

The history of viruses being accidentally released from laboratories, including SARS is also the reason that the theories cannot be immediately dismissed.

In order to support their claim that the virus was from nature instead of a laboratory, Andersen built a team of virologists and evolutionary biologists from different countries to analyze the virus.

According to Andersen, based on their research, they were able to see clearly that the virus was not man-made almost overnight. He said that in order to create a virus that can cause a pandemic, it is needed that the person or group aiming to do so work with already known viruses.

However, upon studying the components of SARS-CoV-2, they saw that it has unique components which differ from other known viruses, thus it could only have come from an unknown virus or viruses that occurred in nature. He further stated that the genetic data irrefutably showed that the causative agent of COVID-19 was not derived from any previously known virus backbone.

Garry also supported Andersen's statement saying that the virus has very distinct features and some are even counter intuitive, that if someone was indeed trying to make a deadly virus, this is not the features that it would have put in.

Confirming that SARS-CoV-2 came from nature

According to the researchers, the similarities between SARS-CoV-2 to viruses found in bats and pangolins are the best evidence that proves that the virus is natural.

Molecular Biologist Emma Hodcroft of the University of Basel in Switzerland said that the virus is just another spillover from animals to humans. However, they are still not sure which animal is the real source.