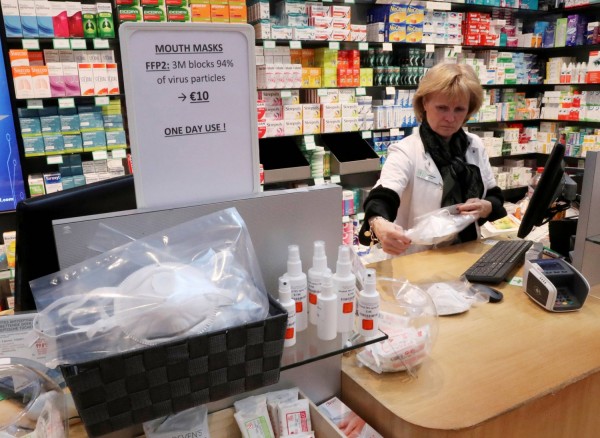 Hepatitis C drug helped COVID-19 patients in their fast recovery, according to a study. Showing no severe side effects after given to 11 persons with 'moderate' coronavirus infections, the medication danoprevir, sold as Ganovo combined with HIV drug ritonavir raised its prospects as a 'promising therapeutic option', as scientists suggest.

If used by doctors to a trial, the medication could become one of a variety of existing drugs which can be used as possible therapies for people with COVID-19

Despite the trial done, experts cautioned against the 'small trial' for it is a time when researchers are desperate to make a breakthrough and one even called this study 'unreliable'.

With the search of the coronavirus antidote, others include HIV-suppressing medicines, treatments for lupus or rheumatoid arthritis, and the one developed to fight Ebola as alternatives, but the ones who rely on the mentioned medicines to keep living their lives normally fear that these possibilities will result to a shortage.

Without being reviewed by other scientists, researchers from a Chinese biotechnology company and a hospital in Jiangxi, China published the results of their trial.

Between four and 12 days, the researchers gave 11 patients a combination of danoprevir and ritonavir.

After the trial, all of the patients recovered and took around two days to produce a negative test result with the fastest negative test came just one day after the treatment and eight days after for the last one as they were discharged from hospital after tested negative twice and exhibited normal temperatures, improved breathing, and healthier lungs in the scans.

Without any comparisons to other treatments or checking how well the drug worked, the study solely assessed whether it was safe to take.

Statistics expert at London School of Hygiene & Tropical Medicine, Professor Stephen Evans emphasized that it is an uncontrolled non-randomized study and its results are therefore somewhat unreliable and difficult to interpret but this drug could be useful if properly randomized trials are could be done.

Being tested all over the world, including an Oxford University in the UK and some Chinese doctors claimed that Ritonavir worked well for them.

According to the researchers who are led by Dr. Jinzi Wu, CEO of the pharmaceutical who produces the drus, Ascletis Pharmaceuticals, their findings suggest that if danoprevir is repurposed to possibly be a treatment for COVID-19, it would pose as a promising therapeutic option.

Other drugs being trialed for COVID-19

Aside from danoprevir, there are also other drugs that are being trialed for COVID-19. These drugs include favipiravir, a remedy for Japanese Flu; remdesivir, which is a drug for Ebola; and the one which has been talked about lately is chloroquine which is an anti-malarial drug, which the FDA already gave emergency authorization.

However, some people who rely on these drugs due to those illnesses fear that if the drugs will be approved for COVID-19 treatment, there will be a shortage of medications.

Their worry comes from knowing that if they aren't able to take their medications, their underlying diseases would flare up making them more susceptible to coronavirus.