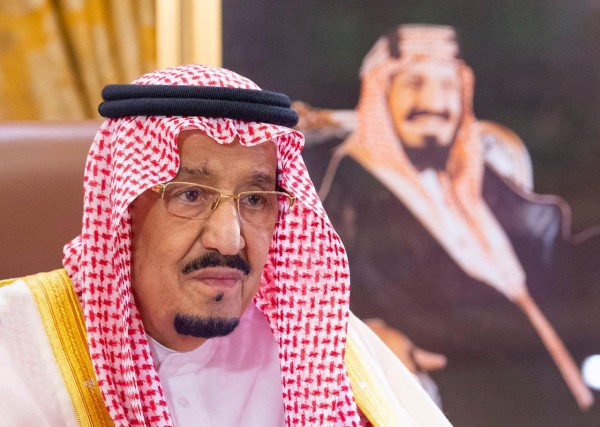 Saudi Arabian Health Minister Tawfiq Al Rabiah announced on Monday that the kingdom would be financing the treatment of everyone infected with the coronavirus disease or COVID-19 in the country, while their food ministry is taking steps to boost the supply of wheat and livestock in fear of a possible global food shortage.

The kingdom has already reported 1,453 confirmed cases and eight death, which is the highest among the six states within the Gulf Arab.

The health minister of the country also said that King Salman said that he would be covering all treatments and therapies for those citizens and residents that are diagnosed with the virus and that everyone in the kingdom is encouraged to get tested.

During a news conference, he also added that the kingdom's Crown Prince Mohammed bin Salman was keeping an eye on the efforts to contain the outbreak "night and day."

The country's 84-year-old king, addressed the whole nation only two weeks ago and even presided an extraordinary virtual summit of G20 leaders to discuss the supposed global response to the COVID-19 pandemic.

Saudi Arabia has taken "draconian" measures in order to contain the virus. They halted all international flights, closed almost all public places, including religious spots and imposed a partial curfew. Moreover, they imposed restrictions on movements and have tightened entry and exit to Jeddah, Riyadh, Mecca, and Medina.

Before the COVID-19 pandemic, the last major coronavirus outbreak was in 2012 and it started in Saudi Arabia. During the Middle East Respiratory Syndrome (MERS) outbreak, the kingdom has a faltering response which ultimately led to the death of several hundreds of people and for the virus to spread across the region.

Learning from the mistakes of the past, public health officials of the country said that the kingdom is now better prepared in combating the outbreak. With their experience od MERS, hospitals have already established separate triage units for those experiencing respiratory illnesses, which included specialized ventilation systems which protect the healthcare workers from getting infected.

On top of this, before the first domestic COVID-19 case was reported in the country, at least two hospitals have already established a drive-thru testing in place and authorities have already developed a strategy in dealing with the new virus.

According to Joanna Gaines from the US Centers for Disease Control and Prevention (CDC), who for the longest time has provided Saudi's Health ministry its only full-time foreign disease expert, the country's experience with the MERS-CoV outbreak has positioned them uniquely, in a way that they know how to respond and contain a pandemic before it worsens.

The World Health Organization (WHO) also said that the kingdom's 'whole of government" approach was a benefit of their MERS experience. Furthermore, WHO also said that the country has shown unique expertise emergency preparedness from managing the largest annual gathering of Muslims in the world, the Hajj pilgrimage.