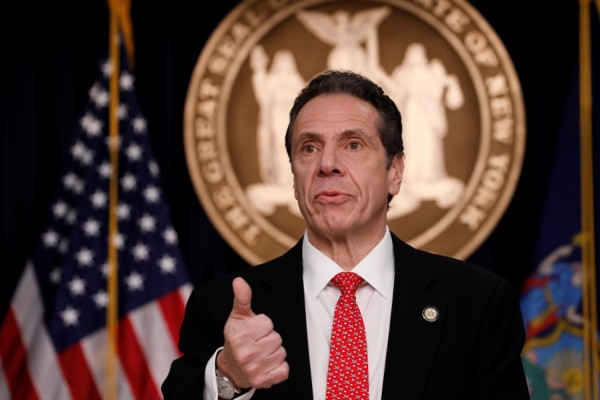 New York Governor Andrew Cuomo held another press conference, which has now become appointment viewing for New Yorkers who are stuck inside their homes as the state confronts the rapid rise in coronavirus cases, to give an update on coronavirus cases, Sunday.

During the press conference, Gov. Cuomo discussed his plans for the hospitals and that he wants to acquire more medical supplies to alleviate the problem with the scarcity of resources. He also said that with the current trend in which the virus is going, the state may need 110,000 more hospital beds since they only have 53,000 available.

Moreover, Gov. Cuomo also stated that he plans on expanding the existing hospital capacity of New York hospitals by 100%. He also noted that whilst his goal seems ambitious, he has already started to reach it by creating a Department of Health Emergency Order which orders hospitals to increase their bed capacities by 50%. If imposed this will take the state's minimum hospital capacity by 75,000.

Furthermore, as part of his plans to increase beds, he also said that he would cancel all elective and non-critical surgery by March 25.

On top of this, Cuomo also stated that he plans to re-purpose building such as nursing homes and hotels to serve as temporary hospitals. He already announced on Saturday that he was planning to set up four temporary hospitals with 250 beds each across the state.

The governor has already sought out help from the Federal Emergency Management Agency (FEMA) for supplied and staff in order to aid in the setting up of temporary hospitals in the Javits Center.

During the press conference, Cuomo also discussed a form of testing he wants the Food and Drug Administration to push. He suggested the development of serological testing that can find individuals with antibodies that can combat COVID-19.

Another topic during the press conference was the drug trials, Cuomo said that the state has secured supplies that are needed for the trials which will start on Tuesday, March 24, including 70k Hydroxychloroquine, 10k Zithromax and 750k Chloroquine.

Coronavirus pandemic could last up to 9 months

During the conference, Cuomo also mentioned the pandemic can persist until 2021. He stated that it could take up to nine months before the pandemic would be controlled. However, he also said that the situation remains very fluid and even experts are not able to tell when the contagion will reach the end of its course.

In response to the disease which has infected more than 15,000 people in the state of New York, the federal government has already taken several steps to mitigate and control the rise in cases.

At the moment, New York has the highest density of COVID-19 cases in the United States, there are already 114 deaths that have been reported in the city and more than 9,000 of the 15,000 cases in the State are from New York City alone and he explained that this is because of the density of people in the city.

Is a Reverse Mortgage for Me: An Overview of the Benefits and Drawbacks