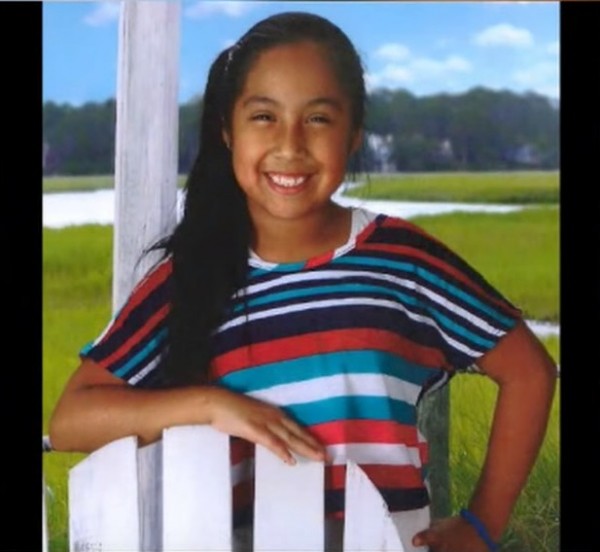 The authorities said that Alvarez's body was discovered by a group of surveyors working in the Yeehaw Junction area in Florida on Thursday.

Diana Alvarez, 9-years-old, when she disappeared in Lee County, Florida, in 2016. In the summer of 2016 and 2017, deputies had ordered a direct search in Yeehaw Junction, however, they discovered nothing.

At Fort Myers on the state's Gulf Coast, 18 miles away south of San Carlos Park, Diana Alvarez, 9, disappeared and nowhere to be found. Her body was found in Yeehaw Junction, 140 miles away, that ended the search on Thursday. The remains that are recovered were not been confirmed if it's Diana's, other information was added to the delay was the fact that proof uncovered on Friday.

They were alarmed when the surveyors came upon the body in Yeehaw Junction, and the remaining parts were positively identified as Alvarez through dental records. The cause of death is still not yet solved. Agents with the Lee County Sheriff's Office found the remaining parts of Alvarez, who is believed killed about four years ago.

That development joined with limitations in the development for state investigators brought on by the COVID-19 episode, prompted Judge Steinbeck to recommend and set a postponement in the trial.

After a thorough search in regions of Yeehaw Junction in Osceola County, Jorge Guerrero's phone was found, a family friend of Alvarez.

After moving at Sheltering Pines in 2015, Jorge Guerrero-Torres met Alvarez. He was looking for work when he moved to Lee County, he met Rita Hernandez, Diana's mother and her partner, Uribe Jimenez and welcomed him to their home.

He was kicked out after knowing that he has an "inappropriate relationship" with Alvarez. Guerrero was asked if he had sexual intercourse with Alvarez, he denied it but he admits doing malicious acts with her on a weekly basis.

He is believed that he's connected with Alvarez's disappearance in May 2010 and later was captured in June 2016 and sentenced to have possession of child pornography for explicit photographs of Alvarez on his phone in Fort Myers in December 2015 while he was still living with Diana's family.

He was sentenced to 40 years in prison having found guilty of kidnapping Alvarez and having possession of child pornography. A year after, the jury also accused him of first-degree murder. State Attorney Amira Fox seeks the death penalty for Guerrero-Torres' case.

Undersheriff Carmine Marceno said he trusts the arraignment would help Diana's family to start the road to the mending of their lost.