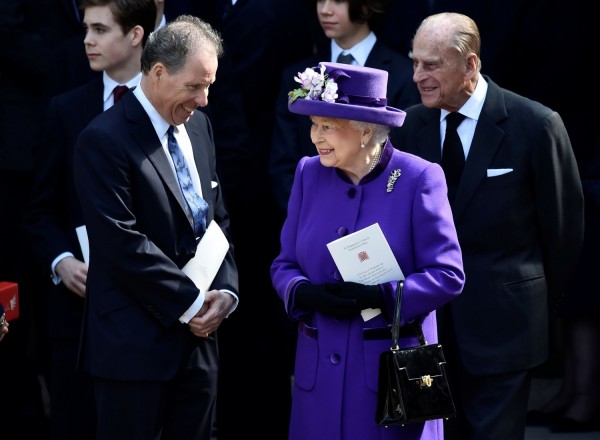 (Photo : REUTERS/Hannah McKay/File Photo)
FILE PHOTO: David Armstrong-Jones speak to Britain's Queen Elizabeth and Prince Philip as they leave a Service of Thanksgiving for the life and work of Lord Snowdon at Westminster Abbey in London, Britain, April , 2017.

The Duke of Edinburgh is now considered as part of the Royal Family's backbone, Philip has been married to Queen Elizabeth for 72 years. Back in December during the Christmas Holidays, Philip was hospitalized for a "pre-existing condition" which had royal fans worried due to his age.

Despite retiring from his royal duties back in 2017, the Duke still spends most of his time with his family and is usually at the Queen's Sandringham estate.

In 2011 the biography written by Philip Eade entitled "Young Prince Philip: His Turbulent Early Life," it was revealed how there was one moment in his life that his choice may have led him to a path away from being part of the British Royal Family.

It was written that Prince Philip was torn between his loyalties in 2963 when he was choosing where he was going to attend nautical college. The family of young Prince Philip was part of the Greek royal family, however, when he was a child they were exiled. It was only when a regal family died that he went home to Greece at 15 years old.

Prince Philip attended school in Scotland, but it was in his brief trip back in Greece that he considered to move back to his original home. According to Eade, at this time, it was still a huge possibility that Philip would ascend to the Greek Throne.

At this time, Prince Andrea, Philip's father was advised by his cousin and Greek monarch George II to have Philip enter the Greek Nautical College instead of returning to the UK to train. Prince Andrea, however, was still wary of his banishment from the country. in a letter he sent to a friend, he said that he will never send Philip to the Greek Navy. He said that Greece may do to Philip what was done to him before and kick his son out as well.

There were claims that Philip was tempted to stay in Greece and join the Navy. However, Philip still chose to return to the UK and sat through the Special Entry Examination for the Royal Navy. He even told his teacher that England was his new home.

After then, Philip went to fight for Britain during World War II despite having family members, including two brothers-in-law fighting for the other side.

After his success in the war, Philip was then granted permission to wed then Princess Elizabeth, who later ascended to the throne and is now the monarch of the UK Queen Elizabeth.

The current royal family has been facing a lot of issues lately, the infamous Megxit, royal divorces and Prince Philip's health. Reports say he 98-year-old Duke of Edinburgh is now frail and it might not long before the end of the life he has led. However, the question stands, where would Philip be right now if he had made a different choice.