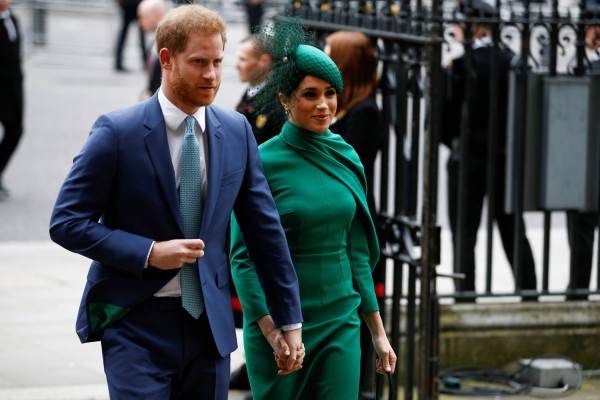 After announcing that they were stepping down from royal duties, the Duke and Duchess of Sussex made their first appearance in the UK last Thursday at the Endeavor Fund Awards.

During the engagement, fans couldn't help but notice how happy Meghan Markle and Prince Harry appeared as they walked to the event amid the heavy rain. Royal fans even describe Meghan as "glowing" as she strut in her tight blue dress, wearing heavy make-up.

Due to the "glow" that Meghan radiated that night, royal fans were quick to point out their speculations and theories, many of those include that Archie might be a big brother soon.

Fans took it to social media to discuss their speculations. Twitter was filled with assumptions and wishes that the Duchess of Sussex is now bearing her second child with Prince Harry.

Some even noticed changes in Meghan's body, a Twitter user even said that Meghan's rear seemed fuller and looked a lot like how it did when she was conceiving Archie.

British online betting company Ladbrokers even stated that there is a 10 out of 11 chances that Prince Harry and Meghan will soon be announcing a pregnancy, at least within the year. According to their spokesman, Alex Apati, if the latest odds are anything to go by, people should not be surprised if Meghan reveals the coming of baby number two this year.

Meghan and Harry were also at the Royal Albert Hall as they hit the Mountbatten Music Festival last Saturday.

Despite deciding to leave the royal life, Meghan and Harry looked royal in every inch during the event as the Duchess walked in res Safiyaa gown which turned heads and matched her husband. Harry, on the other hand, sported his red coat and military regalia, looking dapper as usual.

In the past weeks and months, the couple has been the favorite topic of talks after they announced that they were stepping down from their royal duties and moved to Canada with their son Archie.

On Monday, March 9, the couple attended their last engagement as senior members of the royal family, as they celebrated the annual Commonwealth Day service at Westminster Abbey along with their fellow royals. The service intended to celebrate the Commonwealth of Nations that was constituted bu the countries that were previously part of the British Empire.

The event was the first time that the Royal Family appeared with both Meghan and Harry in public after the infamous Megxit announcement.

After having completed their engagements and final royal duties, Meghan and Harry are expected to go back to Canada and live a life away from the pressures of being royal.