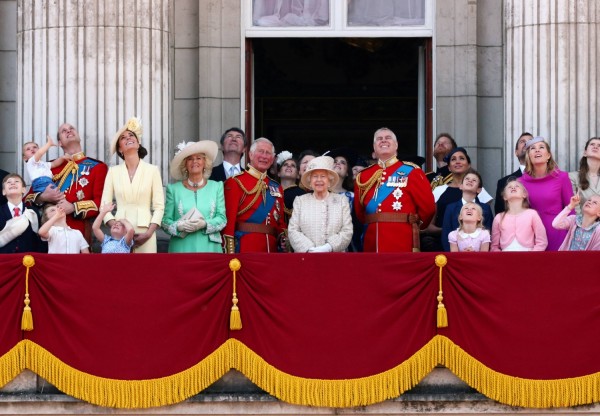 Amid the panic brought by the novel coronavirus, reports said that Queen Elizabeth plans to stay calm and carry on to lessen the nations fear over the dreaded disease.

According to Express UK, the 93-year-old monarch said she is determined to lead by example and carry on with her duties as royal leader including making trips overseas as the cases of COVID-19 in the United Kingdom rise to 200.

The Queen's engagements include the historic Commonwealth Day service on Monday at Westminster Abbey, where 2,000 people are expected to be in attendance. The day will also be Prince Harry and Meghan Markle's last official royal engagement before the infamous Megxit becomes official. This will also be their first time joining the rest of the royal family after announcing that they will be leaving their royal duties.

Concerns about the Queen taking precautions against the coronavirus, adding to the fears of the public sparked when the monarch was seen wearing gloves during an investiture ceremony last Tuesday. Although the Queen usually wears gloves, photos from previous investitures show that she normally does not do so when awarding honors.

Buckingham Palace, however, said that it is not unusual for the Queen to wear gloves to any public engagement. Further adding that the monarch wants to stay as calm as possible and proceed with her activities until there is already "compelling advice to the contrary."

According to NY Post, a source said that if the Queen and the royal family were to self-isolate or plan changes, it may cause panic in the general population of the UK.

Another source told the outlet that the Queen has always maintained such mindset noting that the Queen did not make any schedule changes during the swine flu outbreak nor after terrorist attacks and always put business first.

COVID-19, the disease caused by the novel coronavirus which was first observed in Wuhan, China, has seen institutions break centuries of traditions. Pope Francis of the Catholic church used large screens to stream his Sunday blessings due to the health risks brought by the virus in Italy. Saudi Arabia has also previously canceled trips to Mecca, home of the holiest sites in Islam due to the same reason.

According to Boris Johnson and health officials, many members of the Royal Family would be considered part of the highest-risk group if COVID-19 continues to spread.

On Thursday, the Prime Minister said that people over-65 are "particularly vulnerable" to the diseases and said that ministers were specifically looking at guidance and instructions of healthcare authorities that this "high-risk" age group does not catch the infection. Hence, older citizens like Queen Elizabeth were advised to avoid crowded areas which may include the Parliament.

COVID-19 which initially started in Hubei Province, China has already infected more than 108,000 people and has killed more than 3,800 world wide. Although majority of the infections are recorded in China, the virus has already reached more than 71 countries across the globe.