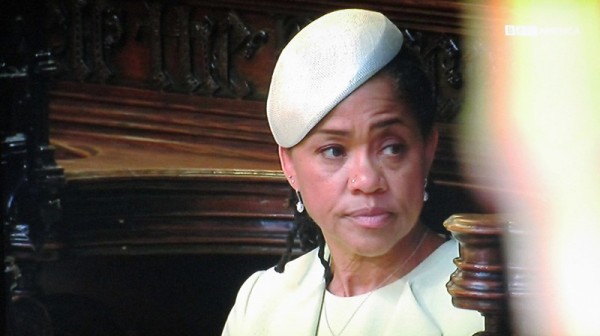 (Photo : Photo by Brechtbug Foter.com/ CC BY-NC-ND )
Although Meghan does not have relatives in Vancouver, the Duchess of Sussex is now a short plane ride away from her mother, Doria Ragland.

Meghan Markle recently moved to Canada after she and Prince Harry announced their departure from royal engagements in January. Although Meghan does not have relatives in Vancouver, the Duchess of Sussex is now a short plane ride away from her mother, Doria Ragland.

Meghan's mother Doria Radlan, a yoga instructor and social worker, divorced her father Thomas Markle when Meghan was 6. Meghan also has referred to her mom as a "free-spirited clinical therapist." In her words, Doria instilled open-mindedness in the Duchess since she was young.

She had the backing of her Los Angeles-based 63-year-old mother with their decision. Doria "was really worried about Meghan... and is relieved that her daughter is putting her mental health and well being first," an insider said.

The friend said, "Doria is very much about being true to oneself and so, of course, she will continue to encourage Meghan to take the road less traveled."

Prince Harry considers Meghan's mother a calming presence in her life. "Her mom's amazing!" he said during the couple's engagement interview in November 2017.

When Meghan and Prince Harry welcomed their son last year on May 6, the new grandma was present to celebrate the arrival.

The Royal Family released a statement with a shoutout, "The Duchess's mother, Doria Ragland, who is overjoyed by the arrival of her first grandchild, is with Their Royal Highnesses at Frogmore Cottage."

The 63-year-old yoga instructor was also in attendance at the royal wedding in May 2018, beaming and waving to the crowds as she rode to St. George's Chapel alongside her soon-to-be royal daughter. She was the only member of Meghan's immediate family in attendance.

Doria reportedly gets along favorably with the rest of the family, particularly Prince Charles and Camilla, Duchess of Cornwall.

Meghan's mother was born as Doria Loyce Ragland on September 2, 1956, in Cleveland, Ohio. Doria's mother Jeanette Arnold was a nurse who died in 2000, and her father Alvin Ragland sold goods at flea markets and passed away in 2011.

Last year, Doria was by her daughter's side in Meghan's first days of motherhood as she traveled over to the U.K. to stay with the Sussexes in Frogmore Cottage for a few weeks.

She earned her master's degree in social work from the University of Southern California and currently works as a licensed social worker who specializes in geriatric patients. She previously worked for Didi Hirsch Mental Health Services in Culver City, California but resigned following Meghan's May 2018 wedding.

Meghan said Doria has taken her traveling to remote and often impoverished places when she was younger. Meghan said its reason, "Both my parents came from little, so they made a choice to give a lot."

"And if the DJ cues Al Green's soul classic 'Call Me', just forget it. She will swivel her hips into the sweetest little dance you've ever seen, swaying her head and snapping her fingers to the beat like she's been dancing since the womb."