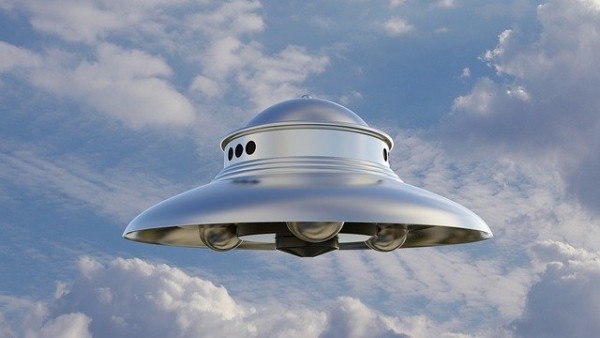 (Photo : Pixabay/PeterLomas)
There had been numerous UFO sightings around the world.

Since the first UFO sighting in the sky, once called U-foes by pilots over Europe, there had been more sightings of these unidentified flying objects which are linked to alien existence. This month, there were a couple of recorded sightings which were shared on social media.

In Reddit, user HemisphericalRoot shared a video on February 22 showing an alleged UFO sighting in Missouri. The video features a bright object which is flying and moving in the sky. Although it is obscured by the tree as it move back and forth, its bright light can stil be dicephered.

When the user revealed that it was taken in St. Charles, Reddit user sottstappinfection responded that the he has seen that object too over the 6 months for a couple of times during the night. Although he initially thought it was a drone, its size doesn't seem like it since it is big and is very high in the sky which isn't possible for a drone.

Another Reddit user Studentdoctor563 posted photo showing a red light in the sky with a distinct shape, claiming that it was taken in Sint Maarten, North America on February 17. The light seemingly resembles a power button which prompted humurous comments from other users saying that it is the planet's power button or the red ring of death on Xbox 360.

Later on, the uploader said that he used the Flightradar24 app, where he found out that the said object was a Project Loon Ballon at 53,200 feet. However, other users are not convinced pointing out the fact the object is illuminated.

Another recent example of an extra-terrestrial craft sighting is from couple Ian Preston and Flor Zamudio, who saw an alleged UFO over Lake Okanagan while driving to Naramata where they live. It was unlike any planet or earth-based craft design they have seen. Prior to this sighting, another previous sighting was reported by Kelowna residents as a UFO was seen over the Lake Okanagan on Jan.28, 2020.

This sighting by Preston and Zamudio was the second one from 2018. Active UFOs over the Lake Okanagan is leading to speculation why this area has recorded its second sighting in over two years apart.

It is not surprising since many UFOs have been seen hovering over the water, and some sighting was reportedly under the water. It seems watery bodies attack UFOs, and over the years such sighting is not rare.

The couple became witnesses to an anomaly in the sky, as they saw a UFO hovering over the lake. Seeing the unusual object that flashed brightly in the night sky, over Johnson road, Preston went to the side of the road to check what was happening. He went to investigate the object with flashing lights that they've spotted over the water.

According to Ian Preston, he still could not understand nor explain the colorful hovering object over Okanagan Lake. No earth vehicle could be the object hovering in place, but he still was intent on investigating it.

Preston got his binoculars from the car to get a better view of the object. The alleged UFO was hovering over the lake about 10 minutes, and hung impossibly on thin air in the same spot. Lights flashed same as most UFO are seen that way by those who see them.

He took a video of the unusual occurrence and shared it with his friends, but he reserved comment about the alleged UFO, allowing his friends to give several interpretations.

The object was thought to be a helicopter or a star, says viewers of the video that Preston captured. It did not create any noise, and hung in space with flashing lights that went black for a few seconds.

His wife was terrified of the UFO although she had seen the same objects before. After 10 minutes they left to get a better camera since the video was merely recorded on a camphone. They never went back, but the said UFO stayed in place when they left.

At Lake Okanagan, it has been an active place of UFO sightings for two decades. If it is a bonafide UFO sighting, no one will ever know, but Preston and Zamudio knew what they saw.