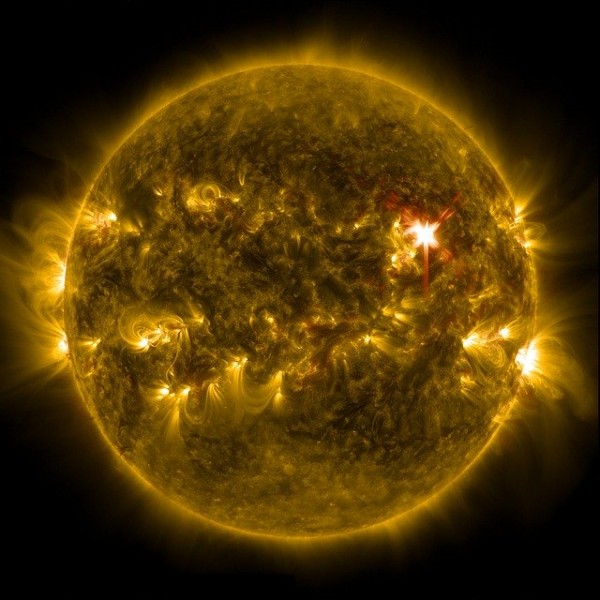 (Photo : Pixabay/skeeze)
After the SDO came, it has taken data from the sun's activities that scientists need to study.

The NASA Solar Dynamics Observatory (SDO) has been out in the spaceways as our solar sentry, monitoring our sun. In its 10 years of operation, it has captured 10 discoveries that revealed more about our giant central star.

SDO has been studying solar activity and what kind of weather there is in the void of space. It has been keeping watch and alerting scientists to what the sun is up to, and how it might affect the earth. Below are 10 interesting discoveries about the sun that you would want to know:

Solar flares are plasma eruptions from its hydrogen sea of fire. They are immense arcs of fire found in the sun. It detected almost 200 solar flares in 1.5 years in space that allowed scientists to find a pattern. These flares had a late phase that went after the main flare. This gives an idea on how much power the sun emits each time a flare erupts.

Strange as it seems in February 12, SDO detected plasma tornadoes on the sun's surface. Later readings show that these solar tornadoes caused by circulating magnetic fields turning the heated plasma. They can spin, as fast as 186,000 miles per hour. Terrestrial tornados are a measly 300 miles per hour.

Waves of plasma move on the sun's surface at 3 million miles per hour. EIT waves were first detected by the Solar and Heliophysics Observatory spacecraft. These solar waves might be caused by coronal mass ejection that spouts plasma into space.

The craft observed two comets flying by the sun, one such comet is Lovejoy that hit the corona surface at 516,000 miles over the surface on 2011. Another comet called ISON in 2013 burned up near the solar body. It was the first time that any human craft has ever recorded such events. With the NASA Solar Dynamics Observatory, this is one of the 10 discoveries it has made.

Made up of hydrogen, the solar mass is flowing all the time because of heat and its rotation. Large scale circulations in the middle are called Meridional circulation. SDO revealed that the circulation is involved in creating the sunspots seen on the surface. They also determine how many spots appear in the solar hemispheres.

Material from the sun's surface and the solar wind zip through space when there is a magnetic field like earth's will produce turbulence in space. This space weather is a danger to astronauts and spacecraft caught in it. Models are made to predict the solar wind to know more about its effect on outer lying space.

If the corona of the sun dims, it is linked to a coronal ejection that creates unpredictable space weather near the earth. Through data, scientists measure the mass of the solar wind and energy ejected from the sun. Studying coronal dimming gives clues to space weather around other stars.

8. Death and Birth of a Solar Cycle

Investigating these multi-year cycles of the sun, helps scientists know the stages of beginning and ending of the solar cycle of our sun. With the SDO out there for 10 years, it will keep watch of the 11-year solar cycle.

Coronal holes are connected to the solar magnetic field and follow the solar cycle to the maximum stage. These holes are on the top and bottom, which are not seen if the magnetic polarity is reversed, disappearing when the solar cycle is at optimum.

More spacecraft like the NASA Solar Dynamics Observatory (SDO) will be on skywatch, as more than the 10 discoveries might be added soon. Keeping an electronic eye on our sun is important to know more about it.