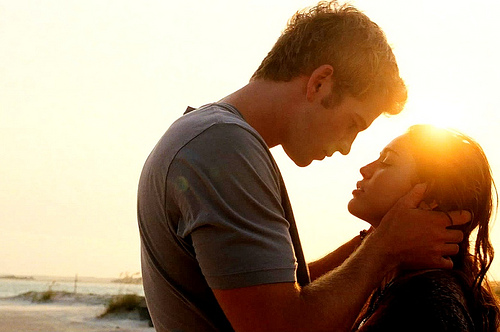 Both parties seemed to have moved past their short-lived marriage and are looking ahead in life. Liam Hemsworth has not been lagging in keeping the tabloids abuzz with his newfound romance with model Gabriella Brooks.

From playing the grandest concert of her career to divorcing her husband, Miley has been posting many mountain-related posts on her Instagram. For the "Wrecking Ball" singer, her journey does not seem to be reaching an incline yet.

The two lovebirds, Miley and Cody, have been very public about their admiration for each other.

A source claimed that the "Hunger Games" actor is moving forward in such a positive direction in his life right now and he's just doing his own thing.

Focusing on work and family, "Liam wrapped filming on and Most Dangerous Game and right now he's just enjoying some downtime with friends and family," said the Hollywood Life source. He has also been hitting the gym and spending time with Gabriella.

Liam and Miley, after less than a year of marriage, filed for divorce in August 2019. Liam pointed out "irreconcilable differences" as the reason for the split.

The filing of the divorce came less than two weeks after fans first learned the pair had called it quits. The source noted that Liam is focused on all of the good things going on in his own life right now.

According to the statement released by the pair, "Liam and Miley have agreed to separate at this time. Ever-evolving, changing as partners and individuals, they have decided this is what's best while they both focus on themselves and careers. They still remain dedicated parents to all of the animals they share while lovingly taking this time apart. Please respect their process and privacy."

Many people were stunned when Miley briefly dated Kaitlynn Carter before moving on with Cody, who she has been dating since last fall.

The "We Can't Stop" performer started sparking romance intrigue with Cody Simpson in October 2019 and the two still seem to be going stronger than ever.

In the last couple of weeks, fans were worried after photos of the star looking extra skinny emerged, then Miley was caught making out with Cody Simpson. After that happened, she confirmed that he is her boyfriend. Now, she has been hospitalized and Cody has been in support by her side.

In a sighting outside a gym on February 3, Liam and Gabriella were caught passionately kissing as the smitten hunk wrapped his arms around his new lady love.

Liam and Miley's divorce was finalized by the end of January. Miley and Cody have been posting PDA-filled pictures and videos as well as captions full of loving words in their social media pages.

High Quality Wedge Pillows in 2020 for a More Relaxed Sleep