Coronavirus Vaccine May Be Out in 18 Months, But California Lab Claims Making It in 3 Hours 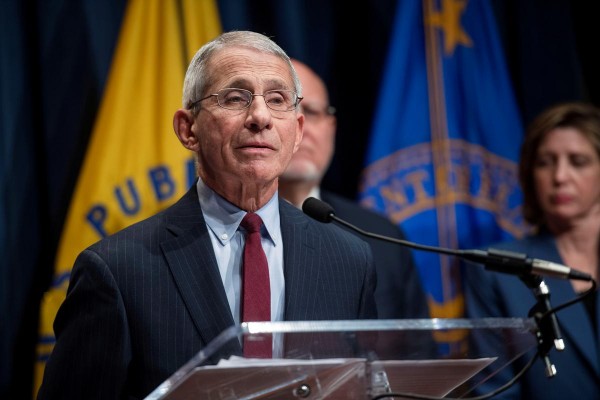 (Photo : REUTERS/Amanda Voisard./File Photo)
FILE PHOTO: National Institute of Allergy and Infectious Diseases (NIAID) Director doctor Anthony Fauci speaks about the public health response to the outbreak of the coronavirus during a news conference at the Department of Health and Human Services in Washington, U.S., January 28, 2020.

In a statement released by General Tedros Adhanom Ghebreyesus, Director of the World Health Organization, the vaccine for the novel coronavirus, which is now known as COVID-19 may be able 18 months from now.

It can be recalled that in the first half of January, China publicly shares the full RNA (Ribonucleic Acid) sequence of the virus, which first spread in the City of Wuhan in Hubei Province. This then kickstarted efforts from different institutions around the world to create a vaccine for the virus. However, it was difficult without access to live samples.

In late January, the virus has spread outside China as cases have been confirmed in other countries. Thus, the Doherty Institute of Melbourne were able to grow the virus in their laboratory successfully, giving researchers around the world a live sample of the virus that infected tens of thousands around the world. This has also given scientists a chance to understand the virus and possibly counter its effects,

Historically, vaccines take about two to five years to be developed. However, through the global effort, it could be created in a much shorter time.

In connection to this, WHO has been hosting meetings with more than 400 scientists worldwide, both personally and virtually. The meetings main agenda is to develop, vaccines and therapeutics in order to control the spread of the virus. However, the organization emphasizes that the vaccine will take time to develop but that does not mean that we are defenseless against the virus.

Dir.-Gen. Ghebreyesus also added that WHO is also working hand in hand with all public health organizations to develop and improve interventions to stop or control the infections while the vaccine is still under works for the next 18 months.

However, despite the claims of WHO that a vaccine is still a year and a half away, an American biotechnology company is claiming that they already had created a vaccine against coronavirus after having access to the virus's genetic sequence.

Inovio Pharmaceuticals, a Pennsylvania based company says that scientists from their laboratory in San Diego, California have discovered the vaccine for the virus that has killed more than a thousand.

According to Inovio's President and CEO Dr. J. Joseph Kim, they were able to construct their vaccine in a matter of three hours once they had its DNA sequence from the virus through the power of their DNA medicine platform. He further added that their goal is to start human testing of the vaccine by the summer of this year.

According to CBS News, Inovio's coronavirus vaccine has only been tested on guinea pigs and mice so far. The scientists in the company say that they feel a sense of urgency to get the vaccine to the public in record time. However it would still take time to meet federal regulatory requirements before manufacturing.

In addition, Inovio's director of research and development, Dr. Trevor Smith said that creating vaccines is something that they are trained to do, with their equipment and expertise available. The company has also previously worked on vaccines for Zika virus, MERS CoV, and Ebola.