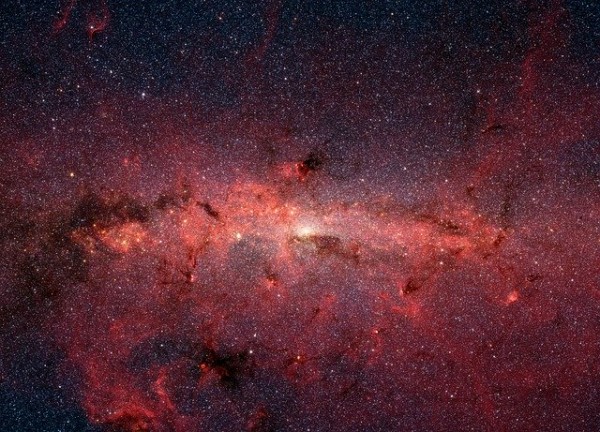 (Photo : Pixabay/ WikiImages)
An archaic galaxy “XMM-2599” has stopped making stars according to astronomers. More data is now needed to understand why this happened.

The universe is argued to finite or infinite, but it seems that an ancient galaxy is finite in its production of stars. For millions of years, a large and archaic galaxy formed stars in the cosmos, according to astronomers.

How it stopped is puzzling the scientists, and getting the answer will shed light on how the first galactic cluster came to be. This would help to make models that predict the Milky Way galaxy (MKg) which is extremely important for us to know.

This galaxy called "XMM-2599" light years travelled about 12 billion light-years to reach our corner of the universe. It took this long to reach the earth because it occurred 1.8 billion years to reach us back in time. Overall, the galaxies collective has 300 billion suns more, as observations and calculations have shown. Statistically, the present galaxy has inflated or increased size to three times more from that time.

Enlarged galactic mass is so immense that galactic cores are spewing out infant stars, with 1000 galactic masses a year, multiplied by more than several million years in time. But, the galactic core stopped making stars abruptly. As noted by Benjamin Forrest at the University of California, with his co-authors. The Milky Way Galaxy (MKg) produces less solar masses by comparison.

According to Mauro Giavalisco, an astronomer from the University of Massachusetts Amherst, the study notices the formation of stars is efficient during the formation of the proto-universe, and how fast their hot cores are smothered billions of years later.

Cold gas is the stuff that is needed to birth stars by ancient galaxies, the Milky Way Galaxy is one of those that have been birthing stars for 13. 8 billion years. Scientists think the way to stop the creation of stars is to physically eradicate the cold gas, or stop the absorption of it into galaxies. Still, it puzzles scientists how the mechanism works in turning on production and stopping stars from forming all the time.

These star factories in the cosmos, that were present in the early stages of the universe, helped multiply stars by countless numbers. All these calculations, are yet to be figured out by astronomers, their only data is what they observe from other monstrous and archaic galaxies. XMM-2599 is one of the biggest galaxies that was not factored in by models that predict creation in the proto-universe.

One conclusion is that it is out of place and expect, that makes XMM-2559 an extreme massive space oddity.

What stopped all the stars forming

Presence of a supermassive black hole in the middle of the galaxy is another suspect to consider what XMM-2559 stopped making stars. Black holes as massive will gravitationally suck in hot gases, that burned gas in burning halo around the galaxy. Absorption of the energized gas will lessen the supply needed for new stars to be born. The life cycle of stars also causes their demise, and release of absorbed gas in the process of a star's lifetime.

Astronomers are in the dark, why this ancient galaxy just stopped making stars. Huge galaxies born in the proto universe need to be detected, but older galaxies than XMM-2559 have light moving forward in time that takes a long time to reach us.