Waves of Migrants Believe the 'Border is Open'; Data from CBP Shows an Increase of Unaccompanied Migrant Children

Waves of migrants have been entering the United States, according to Democratic Texas Representative Henry Cuellar as "they believe the border is open." 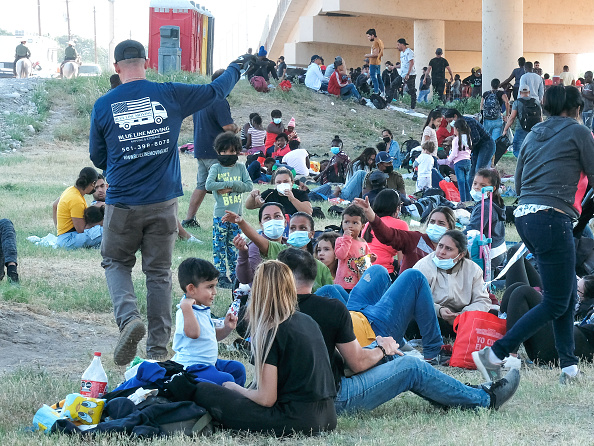 (Photo : Charlie C. Peebles/Anadolu Agency via Getty Images)
Migrants are seen at the Rio Grande near the Del Rio-Acuna Port of Entry in Del Rio, Texas.

Migrants Think the Border Is Open

In a recently published article in Newsweek, Cuellar told reporters Monday that there is a significant increase in the number of people entering the United States. Migrants will continue to come as long as they believe the border is open, and that is the truth.

He also added that it is not only the Republicans but also Latinos in South Texas who want the borders to be secured from the migrants. They have observed an increase and spike in the arrival of migrants in the past few days, and most of them were unaccompanied children.

Read Also: US Judge Issues Ruling To Protect Migrants at US Borders From Being Expelled by Biden Administration

Per The Washington Newsday, Cuellar has frequently chastised Democratic President Joe Biden for his handling of migrant caravans at the southern border. He's also known for being one of the House's most conservative Democrats.

Cuellar lauded Biden and Harris for advising migrants not to cross the border. He has, however, chastised the government for allowing some illegal immigrants to remain in the country, which he claims adds to the false impression that the US border is open.

According to the aforementioned news, Cuellar asked Biden and Democratic Vice President Kamala Harris to visit the border and meet with local law enforcement, political officials, and business owners in order to better understand the local effect of migrants at the border.

Democratic Rep. Cuellar Signs a Joint Letter With the Republicans

Cuellar said that the country needs someone who can look at the comprehensive view of what they have been seeing at the border. However, Cuellar also admitted that it is not a simple solution.

Guatemalan President Alejandro Giammattei stated in an early April interview that he thinks immigrants from his country have been flocking to the United States in the hopes that Biden would give them entry.

After winning the 2020 election, Biden promised to attempt to decrease migration from Central and South America to the United States. His administration is working on a package of assistance that would encourage regional governments to "clean up their cops, boost tax collection, combat corruption, and provide the chances needed to persuade would-be migrants to stay in their nations."

Related Article: Homeland Security Chief Resigns Amid the Increasing Number of Migrants Arriving at the Border