A new COVID-19 strain that evades antibodies created by vaccines has been discovered in 47 states after infecting vaccinated patients and employees at a Kentucky nursing home. 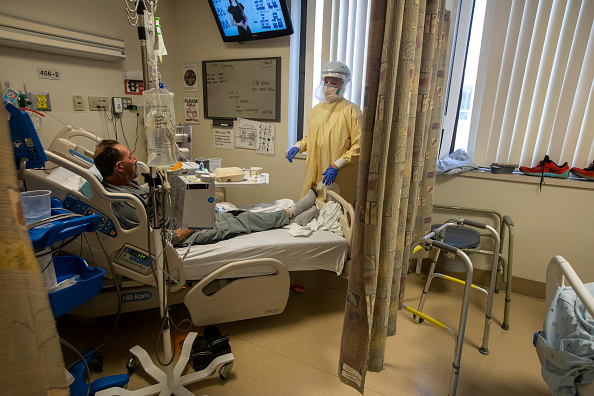 In a recently published article in MSN News, according to Haseltine, the five mutations identified in R.1 may contribute to "enhanced antibody resistance." This may improve the variant's ability to evade antibodies produced by the vaccination as well as antibodies produced by individuals who have previously been infected.

According to the Centers for the Disease Control and Prevention, R.1 has the W152L mutation in a region of the spike protein that is the target of antibodies, which may decrease their efficacy. The W152L mutation was also found in a small Delta strain variation that was discovered in India.

R.1 has a mutation in common with three additional variants: C241U, NSP12: P323L, and D614G. The impact of D614G is that it produces more infections while the effect of the other two is unknown. All three alterations have been found in strains that have replaced the Wuhan strain, according to a published report in Newsweek.

New Variant Found in 47 States and Other Countries

The mutation allowed the variant, which was originally discovered in Japan, to escape the antibody protection provided by fully vaccinated people. After an unvaccinated staff member caused the illnesses in March, the R.1 strain spread among 45 residents and employees at the nursing facility, according to the Kentucky Department of Public Health.

According to Outbreak.info, a website that gathers data on COVID variant, R.1 has infected more than 10,567 individuals worldwide and has been detected in 47 states as of September 21. There are already 399 reported instances since its first discovery, and Maryland holds the record of the most number of cases.

The R.1 strain, which was first identified on March 15, 2020, has been found in 2,259 americans. The most recent instance in the United States was discovered on August 6, and it was identified in 0.5 percent of patients, according to a published report in DEADLINE.

CDC Does Not Categorize R.1 as a 'Variant of Concern or Interest'

R.1 is not yet classified as a variant of concern or interest by the CDC although it does contain many "mutations of significance." According to the CDC, one of them shows indications of increased viral transmissibility. Others have been found in variants of concern that display indications of decreased neutralization by convalescent and post-vaccination sera, according to the CDC. Another mutation found in R.1 may make neutralizing antibodies less effective.

The good news is that, despite the outbreaks, vaccination has been linked to a lower risk of infection and clinical disease in both patients and workers. R.1 also doesn't seem to be outcompeting and therefore appears to be more transmissible than Delta. The CDC reported just 1,125 R.1 infections in the United States as of April 22.

According to Outbreak.info, the strain has been discovered in at least 31 countries across the globe, including China, India, and several countries in Western Europe. Despite the limited number of infections, William A. Haseltine, a former Harvard Medical School professor, believes the additional mutations discovered in the R.1 variety may make it easier to spread.

Related Article: Epsilon, Lambda COVID Variants: Is It True That These Are COVID-19 Vaccine-Resistant? What Experts Are Doing Now