Israel Prepares For Fourth Round of Vaccination, Ensuring There Will Be Enough Doses

Israel is making preparations to guarantee that it has enough vaccines in case the fourth round of Covid-19 injections is required, according to the country's top health official. 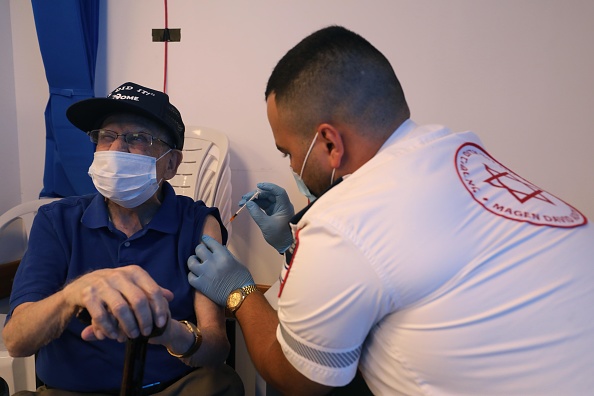 Israel Prepares Enough Vaccines for Fourth Round of Inoculation

In a recently published article in Bloomberg, following a push to give booster injections in August, Israel, which has mostly utilized the Pfizer Inc.-BioNTech vaccine, has vaccinated approximately 2.8 million individuals with a third dosage. The benefits of the first Covid-19 injections fade five months after vaccination, according to health authorities, necessitating booster shots.

Health Ministry Director-General Nachman Ash said in an interview, "We don't know when it will happen; I hope very much that it won't be within six months, like this time, and that the third dose will last for longer." Israel plans to have a fourth shot despite the vaccine moratorium of the World Health Organization.

In addition to those who received boosters, about 2.7 million of the 7 million eligible Israelis have received two shots while approximately 500,000 have received just one injection. Vaccines have not been given to almost a million individuals, according to a report published report in MSN News.

In early September, the nation, which had been a front-runner in the worldwide battle against COVID-19, became a pandemic hotspot. According to data collected by Johns Hopkins University, Israel had the world's highest per-capita infection rate in the week ending September 4th, after the spread of the delta strain during the summer.

Unvaccinated individuals had a far greater incidence of severe illnesses per 100,000 of the population than those who have received two vaccine doses, indicating that even with fading immunity, vaccinations offer some protection against serious disease, according to Business Insider.

Meanwhile, booster injections will be available in the United States and the United Kingdom later this month; and Europe is contemplating third doses. This comes as the World Health Organization calls for a three-shot ban. Last week, Director-General Tedros Adhanom Ghebreyesus stated that nations should wait until the end of the year at the very least to ensure that poorer countries have greater access to vaccines.

In a published news article in Times of Israel, Salman Zarka, Israel's national coronavirus czar, has advised the country to be ready for a fourth dosage of the COVID-19 vaccination. Zarka is said to have declined to say when the fourth vaccination injection will be given.

The third dosage, which started rolling out on Aug. 1 for people over the age of 60, was allegedly the first to be offered in Israel. More than 2.5 million Israelis have gotten the third dosage as of Sept. 3. Zarka also said that the next booster injection may be tweaked to better guard against new virus strains that cause COVID-19, such as the extremely contagious Delta variant.

Israel will start providing injections that are specifically designed to deal better with variants by late 2021 or early 2022, according to Zarka. The Health Ministry, on the other hand, announced last week that the "Green Pass" system - a document that allows those who have been vaccinated or recovered from the coronavirus to enter certain gatherings and public places - will expire six months after the holder has received their second or third dose, implying that a fourth dose may be administered in six months.