Did Not Get Third Stimulus Check Yet? IRS to Send 2.2 Million Financial Aid Including Plus-Up Payments

The third wave of stimulus payments, which were included in President Joe Biden's COVID relief package from March, are still being issued by the IRS. 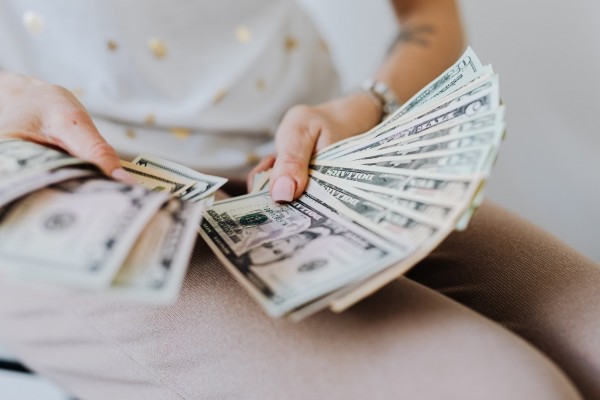 In a recently published article in CBS News, the Internal Revenue Service said on Wednesday that it is continuing to deliver federal stimulus funds to eligible Americans, with another 2.2 million checks being sent as early as July 21. Some of these payments contain "plus-up" adjustments for individuals who got less money in previous checks than they were entitled to.

The tax office also said that it would continue to provide weekly stimulus checks. Payments are still being sent to individuals for whom IRS did not have enough information to issue a check before but who subsequently completed a tax return, as well as to people who qualified for "plus-up" payments.

Moreover, 1.3 million cheques were issued to individuals who had just filed a tax return and another 900,000 payments were for plus-up adjustments for individuals who were eligible for larger payouts because their 2020 tax forms have been completed lately, according to Yahoo News.

The IRS has said that the third stimulus check has provided greater "direct assistance" than the two prior rounds of payments. More than half of the payouts went to families earning less than $50,000, while roughly one out of every ten stimulus cheques went to Social Security and other government-aid recipients who are not obliged to file a tax return, as well as those who utilized the IRS's Non-filer service.

According to the IRS, it continues to send out millions of "bonus" payments based on newly submitted tax returns with updated information. In addition, many Americans who never received a Round 3 stimulus check are now getting their payments.

More than 1.1 million of the new stimulus checks were "plus-up" payments, or extra money, from the IRS for individuals who have previously received third-round stimulus checks but not the entire $1,400, according to a published report in BGR.

Because of a clause in the stimulus bill signed into law by Pres. Joe Biden, the IRS has already begun handing out unemployment tax refunds. In fact, only a few days ago, the IRS announced that it issued about 4 million refunds.

The Internal Revenue Service (IRS) identified about 4.6 million individuals and began amending their tax forms. Four million taxpayers were entitled to a refund as a result of this. According to the IRS, the average refund in this round was $1,265 dollars.

The IRS, on the other hand, says it plans to pay out more of these refunds "during the summer." In addition, the paper check copies of the unemployment tax refunds from the previous round were sent out for the first time on July 16. So it is possible that some of them may take another day or two to arrive in the mail.

While the most recent stimulus payouts started arriving in bank accounts in March, some individuals have had to wait weeks or months for their checks. Because the IRS was able to swiftly verify eligibility based on income and also identify where to ship checks or immediately deposit the money in known bank accounts, the IRS prioritized delivering payments to individuals who had already filed their 2019 or 2020 tax returns.