Millions of Americans are already waiting for their third stimulus payment, and talk for a fourth stimulus check is rampant.

Will there be a fourth stimulus check? 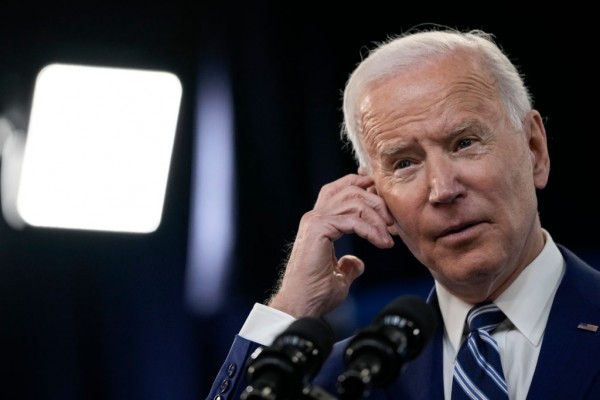 (Photo : Drew Angerer/Getty Images)
President Biden Delivers Remarks On COVID-19 Response And State Of Vaccinations WASHINGTON, DC - MARCH 29: U.S. President Joe Biden delivers remarks on the COVID-19 response and the state of vaccinations in the South Court Auditorium at the White House complex on March 29, 2021 in Washington, DC. President Biden announced Monday that 90% of Americans will have a vaccination site within five miles of their homes by April 19.

Although cases are on the rise in the United States and the pandemic-ravaged economy is not yet recovering, Americans have been told not to rely on another payment. Searches for the word "fourth stimulus check" have risen in recent weeks, based on Google Trends.

Over 60 members of Congress are urging President Biden to endorse a fourth stimulus plan, claiming that many Americans are already suffering a year after the COVID-19 crisis began. However, experts expecting a recovery in the wake of President Biden's $1.9 trillion coronavirus relief bill say the chances of a fourth stimulus check are still uncertain and doubtful, as per The Sun.

The Biden administration is focused on the $1,400 direct payments provided in the American Rescue Plan, as well as measures to raise tax credits, unemployment benefits, and small businesses. Two massive steps in the works but do not include new stimulus checks.

On Wednesday, Biden will talk about an investment plan in Pittsburgh, Pennsylvania, and lawmakers expect a resolution on child care and education in April. Democratic representatives of Congress and senators have signed letters asking the Biden administration to support regular stimulus checks to help Americans reach basic needs as long as the coronavirus threat continues.

While it doesn't provide a monetary figure for ongoing payments, Minnesota Rep. Ilhan Omar suggested in January that the government allocate $2,000 per month to help people get through the pandemic. The senators wrote in their letter that the crisis is far from over, "and families deserve assurance that they will put food on the table and keep a roof over their heads," according to Finance Committee Chair Ron Wyden and Budget Committee Chair Bernie Sanders.

After assessing Biden's proposal, policymakers are likely to revisit another round of pandemic-related stimulus checks once expanded unemployment benefits expire in September. However, analysts believe the administration's focus has turned to longer-term objectives, with Biden and other progressives looking to seize a generational opportunity to reform the economy and revitalize the labor force.

According to a report focused on how the first $1,200 stimulus checks were used last year, many Americans have used their boost checks for groceries, rent, and other basic needs. The money has also gone toward saving and spending, the BLS revealed.

Following an increase in demand after the pandemic, some individuals may have turned to low-cost life insurance. In the new stimulus round, the Internal Revenue Service has already issued 127 million checks, with millions more on the way in the coming weeks.

Last year, the Trump administration released rounds of $1,200 and $600 checks, totaling $325 billion. Republicans, on the other hand, criticized the third round of stimulus checks as being too costly and unnecessary, and moderate Democrats could feel the same way about any potential payments.

They insisted that the stimulus checks be "targeted" against the poorest Americans in the third round. According to The New York Times, Biden's next recovery plans could cost between $3 trillion and $4 trillion.

The president plans to spend billions on rebuilding roads, bridges, and modern renewable infrastructure, both of which he hopes would produce opportunities and child care and education, such as universal preschool and free community college. Democrats may win bipartisan support for an infrastructure plan, but they'll have a more challenging time injecting more money into the economy and Americans' pockets, particularly before the current unemployment benefits expire in September.