Fact Check: Is a $2500 Fourth Stimulus Check Approved for Release on July 30?

Another stimulus law was recently approved, according to a social media post, and the government will be handing out $2,500 cheques at the end of July. 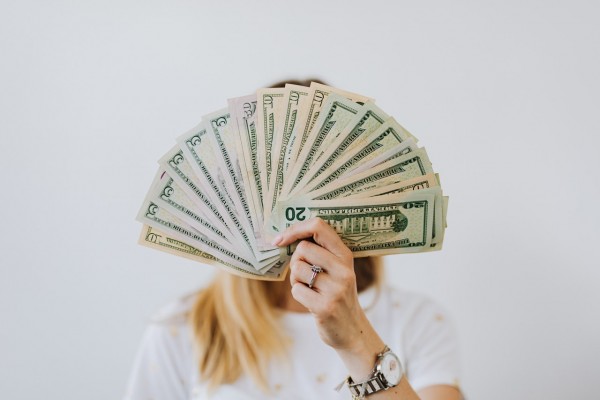 (Photo : Pexels/Karolina Grabowska)
Will there be another stimulus check this month?

In a recently published article in USA Today, a Facebook post began circulating on July 15 which reads "It passed 10 minutes ago! Everyone gets another stimulus check for $2500 on July 30, 2021. They did it!"

All of the postings provide an external link with ostensible instructions on how to have the promised stimulus payment deposited straight into your bank account. Users who click the link, on the other hand, are sent to a picture of an ape giving the middle finger.

Meanwhile, the monkey image may suggest that some Facebook users are mocking the allegation. Others, however, are taking it seriously, as shown by comments under different postings, according to a published article in POLITIFACT.

Will There Be Another Stimulus Check this Month?

This is not the first time someone has made such a claim on social media. A Facebook post in May claimed that a $2,000 direct payment per individual will arrive by Memorial Day weekend. Congress has not announced a fourth stimulus check for July 30.

In April 2020, the first batch of coronavirus stimulus assistance of up to $1,200 was handed out. Since then, Congress has authorized two further batches, in December 2020 and March of this year, according to a published article in Daily Advent.

While some Democratic legislators have called for additional government assistance, even a fourth round of stimulus, the latter is unlikely to happen. Even though there are calls from some Democratic lawmakers to send another stimulus check.

Instead, under President Joe Biden's American Rescue Plan, which was approved in March, qualified Americans would receive money through the Child Tax Credit and extended jobless benefits.

A Push for Fourth Stimulus Checks

CBS News reports that the proposal has been taken up by a few legislators. Twenty-one senators, all Democrats, wrote a letter to President Joe Biden on March 30 in favor of regular stimulus payments, arguing that the IRS's $1,400 payment would not last long.

The current batch of $1,400 checks may not last long for many individuals, a problem that many Americans are concerned about as they continue to suffer from joblessness and a poor labor market. Indeed, more than 2.5 million individuals have signed a Change.org petition calling on legislators to enact legislation requiring recurring $2,000 monthly contributions, which was launched last year.

Furthermore, the senators' letter does not specify the size of the payments they want, but a previous attempt by Democratic legislators in January called for $2,000 monthly payouts until the epidemic is over. The American Rescue Plan, on the other hand, set aside $1,400 for each qualified adult and dependent.

According to a Politico-Harvard survey, just roughly a third of Americans think the American Rescue Plan will assist them significantly. This indicates that some families believe they may need more assistance in the coming months.