In a Los Angeles courtroom on Wednesday, Harvey Weinstein pleaded not guilty to four charges of rape and seven additional counts of sexual assault. 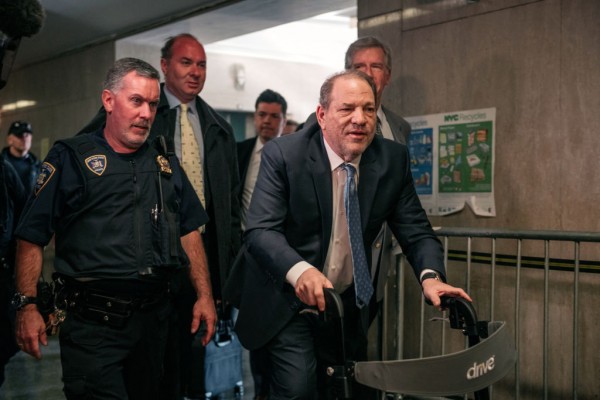 Four charges of rape, four counts of forced oral sex, two counts of sexual abuse, and one case of forced sexual penetration have been brought against Harvey Weinstein, spanning a decade of accusations from five women, according to a published report in The Washington Post.

Last year, a 69-year old movie mogul was sentenced to jail as part of the #MeToo movement, which has revealed rampant sexual assault and harassment by prominent people in different industries. For years, rumors of Weinstein's sexual misbehavior swirled around Hollywood as he ruled the industry award circuit and co-founded Miramax and the Weinstein Company with his brother Bob.

However, a pair of exposes published in October 2017 by the New Yorker and the New York Times brought the many accusations against him into the public eye.

The latest accusations against Harvey Weinstein relate to events that happened between 2004 and 2013, with a number of them taking place in Beverly Hills hotels. The matter is still being investigated by the district attorney's office, as well as the Los Angeles and Beverly Hills police departments.

In a recently published article in CBS News, on Wednesday, Harvey Weinstein appeared in court for the first time in Los Angeles, pleading not guilty to 11 charges of rape and sexual assault. Weinstein was seen in a wheelchair with his hands bound to the armrests. During the short session, he only spoke when Judge Sergio Tapia wished him "good luck."

A New York jury had already convicted Weinstein guilty of forcing oral sex on a production worker in his Manhattan apartment in 2006 and raping an aspiring actress at a hotel in 2013. Both ladies were decades his junior.

However, Weinstein has always rejected the claims against him; and during his sentencing last year, he compared the current surge of sexual misconduct allegations to McCarthyism. Heid "There was a scare and that's what's happening today all across this country," according to NBC News.

Weinstein's Lawyer Continue to Fight for the Movie Mogul

During the hearing, his attorney, Mark Werksman, requested a medical exam. He also said that he would file a demurrer, arguing that three of the 11 charges are barred by the statute of limitations. But prosecutors have said that they are prepared to go to trial in 120 days, but pretrial motions are expected to push that deadline back.

In February 2020, Weinstein was found guilty of third-degree rape and one count of criminal sexual conduct in the first degree in New York; he was sentenced to 23 years in prison. His lawyers are appealing the conviction, claiming that the judge committed a series of errors that prevented him from receiving a fair trial.

Meanwhile, Weinstein's lawyers have been resisting extradition since April, claiming that prosecutors failed to file the necessary paperwork and that Weinstein needed treatment for eye problems at the Wende Correctional Facility outside Buffalo, N.Y., to avoid becoming blind.