Relief payments for the planned fourth stimulus check may begin automatically hitting bank accounts once the  "Automatic Stabilizer" gets approval in both House of Congress and the Senate. 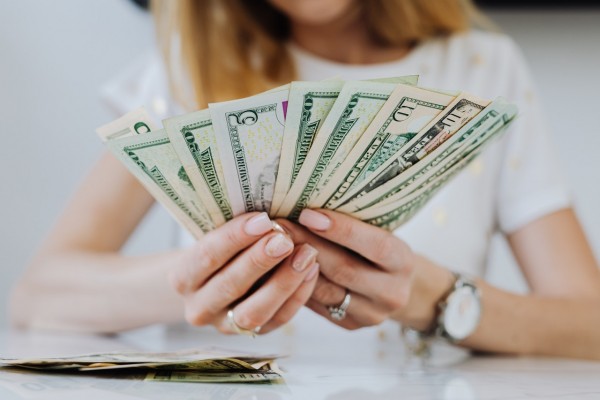 (Photo : Pexels/Karolina Grabowska)
Fourth Stimulus Checks could hit your bank automatically once the "automatic stabilizer" gets traction in both Houses.

In a recently published article in Yahoo Finance, two letters, signed by 26 Democrats, were addressed to the White House urging the implementation of so-called "automatic stabilizers" for increased unemployment and stimulus payments.

Automatic stabilizers would let legislators avoid having to negotiate each relief package separately. The use of unemployment as a stabilizer is one option, but any economic indicator may serve, according to a published report in The U.S. Sun.

Democratic lawmakers claim that this will help avoid the political stalemate that hindered humanitarian efforts during the COVID-19 economic fall-out. With legislation that incorporates unemployment as an automatic stabilizer, a relief payment would be made if the number of unemployed Americans dropped below a preset threshold.

Congress and Senate Weighing-In To Launch Another Stimulus Checks

The House and Senate have lately debated whether automatic assistance should be implemented to brace for future recessions triggered by public crises. The Economic Security Projects elaborated the details of the automatic stabilizers to 50 members of the Senate Finance Committee, per Newsweek.

Future unemployment payouts and stimulus cheques would be linked to the state of the economy via these stabilizers. This implies that when the unemployment rate is high, relief funds will be distributed widely; this is in conjunction with the organization's strategy. When that rate falls, however, the benefits will be restricted and distributed to low-income families.

Adam Ruben, director of the Economic Security Project, said that lawmakers understand that "automatic stabilizers" is a smart policy and a practice of good politics. He also added that this aims to provide targeted payouts as the economy improves.

Many Americans believe that additional stimulus money is required to assist individuals who continue to face financial hardship. Even though the US economy has recently demonstrated significant growth. It increased at a 6.4 percent annualized pace in the first quarter, yet many Americans remain in dire financial circumstances.

Over 2.3 million individuals have signed a Change.org petition asking legislators to enact legislation requiring $2,000 monthly payments to be made on a recurrent basis as of Friday. In late March, 21 senators, all Democrats, wrote a letter to President Biden urging him to keep the stimulus payments going.

Meanwhile, at the state level, a proposal by Governor Gavin Newsom to deliver $600 stimulus payments to households under a multibillion-dollar spending plan announced last month may put millions of Californians in line for a fourth payment. Under his proposal, almost two-thirds of Californians might get a stimulus payout.

Biden's latest coronavirus treatment plan may include the fourth round of stimulus payments. He is presently working on two stimulus deals, one of which focuses on job creation and the other on family assistance. Many others, though, are hoping that extra stimulus cheques and student debt forgiveness will be included.

It was also reported that the Biden administration, which designed the third round of stimulus, does not oppose the fourth wave of stimulus cheques. The president, on the other hand, is aware of their hefty price tag.

Related Article: Fourth Stimulus Check: Biden and Congress are Working on the Details