President Biden urged Congress to pass the American Dream and Promise Act to finally give protection to all Dreamers, who have lived in terror for far too long. 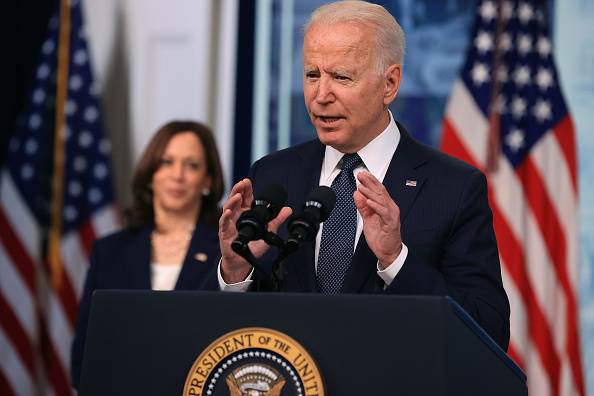 Biden Felt Disappointed in the Ruling of a Federal Judge

In a recently published article in USA Today, Biden said in a statement that Friday's decision was "deeply disappointing," This is after a federal judge decided and considered former Pres. Obama's DACA program.

Hundreds of thousands of young immigrants face an unclear future despite the judge's decision not affecting those currently protected by the Deferred Action for Childhood Arrivals program, according to a published report in NBC News.

Moreover, thousands of young people who were brought illegally into the United States as minors or who overstayed their visas have been able to live, work, and remain in the nation because of the program. Many of the winners, dubbed "Dreamers," have lived in the United States for a decade or more.

President Joe Biden said on Saturday that the Justice Department would appeal a federal judge's decision declaring an Obama-era program that has shielded hundreds of thousands of young immigrants from deportation unlawful, and he reiterated his plea for Congress to provide a permanent solution.

Biden asked Congress to go ahead with legislation to ensure that people who are covered by the program be protected indefinitely. Only Congress, according to Biden, can guarantee a lasting solution by giving Dreamers a route to citizenship, which would give the certainty and stability that these young people need and deserve, according to a published report in Denver Post.

Biden also said that he has frequently urged Congress to enact the American Dream and Promise Act and that he is reiterating that demand with the utmost urgency. His sincere goal is that Congress, via reconciliation or other methods, would finally give protection to all Dreamers, who have lived in terror for far too long.

Other States Sued To Halt DACA

In a recently published article in ABC7 Chicago, Texas and eight other states filed a lawsuit to stop DACA, claiming that President Barack Obama lacked the authority to establish it since it bypassed Congress.

While U.S. District Judge Andrew Hanen in Houston agreed, he prohibited the government from accepting any new applications, leaving the program intact for current beneficiaries. This will also affect future DACA applicants.

In March, the House passed legislation to provide a route to citizenship for individuals who have been affected, but the bill has stuck in the Senate. Immigration activists want to add a provision in the broad budget legislation that Democrats hope to enact this year, but it is uncertain if such wording will make it through.

DACA Recipients in the United States

In a published article in American Progress, since 2012, more than 825,000 individuals who arrived in the United States as children have been eligible to apply for Deferred Action for Childhood Arrivals (DACA), which provides protection from deportation and work permits.

Nonetheless, more than 200,000 DACA holders labor on the front lines of the response to the COVID-19 epidemic, supporting their communities and the nation's health.