Richardson, a gold medal favorite in the women's 100 meters, has been banned for a month, putting her participation in the Tokyo Olympics in jeopardy. 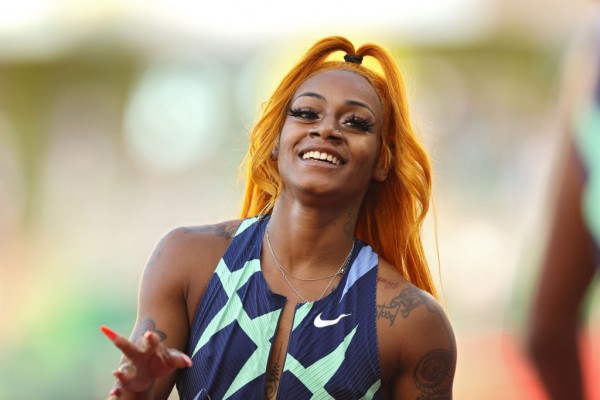 In a recently published article in The New York Times, Sha'Carri Richardson, an American sprinter who was expected to make a big splash in the Tokyo Olympics this month, may be forced to withdraw after testing positive for marijuana.

The adverse test result was released by the US Anti-Doping Agency on Friday morning. Richardson accepted a one-month ban beginning June 28. This may give her enough time to compete in the 4x100 meter relay later in the Games she will be included in the U.S. team.

Moreover, Richardson, 21 years old, won the women's 100-meter dash in the US track and field trials in Oregon last month, but her victory was nullified by her failed drug test, according to a published report in Yahoo News.

Richardson Explains Why She Uses Marijuana

In a published article in Buzzfeed, Richardson said "To put on a face to have to go in front of the world and put on a face and hide my pain, like, who am I to tell you how to cope when you're dealing with a pain or dealing with a struggle that you've never experienced before."

Richardson blamed her positive test on her usage of marijuana to deal with the loss of her biological mother, who died unexpectedly when she was in Oregon for the Olympic trials. Richardson, who was raised by her grandmother, claimed she heard about her grandma's death from a reporter during an interview, which she described as "certainly nerve-shocking."

She also said that it caused her to experience mental distress. She also confessed that during that time she didn't know how to manage her emotions or cope with her feelings. She did, however, apologize to her fans, family, and sponsors.

Richardson Still Possible To Compete in the Meter Relay

Even if Richardson is ruled out of the individual event, she may be able to participate in the 4x100-meter relay. The decision would be made by USA Track & Field, the sport's national governing organization.

Richardson's position is "very sad and heartbreaking for everyone concerned," according to a statement from USA Track & Field; but it makes no mention of if or how she will participate at the Olympics.

Marijuana is Included in the List of Prohibited Substances

Marijuana is listed as a banned drug by the World Anti-Doping Agency. The United States Olympic and Paralympic Committee and USADA are both signatories to the WADA code, which means they obey its regulations.

Marijuana is only prohibited during in-competition times, which begin at 11:59 p.m. the day before a competition and conclude at the competition's completion. Athletes may have up to 150 nanograms per milliliter of THC, marijuana's primary psychoactive component, without failing a drug test.

Marijuana is a banned drug, according to USADA, since it may improve performance, presents a health risk to players, and goes against the spirit of the sport.