American Olympian Blames a Burrito for Her Positive Drug Test 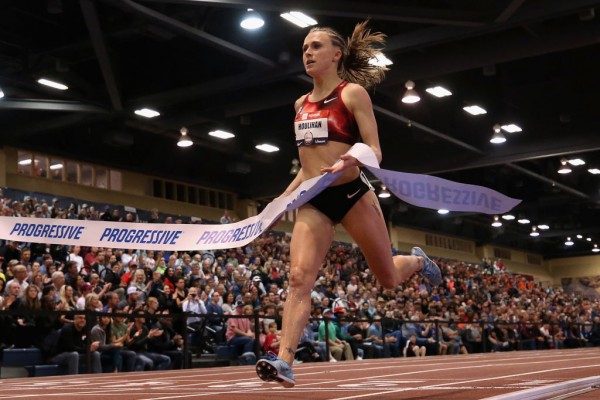 Shelby Houlihan, one of the best middle-distance runners in the United States, made headlines this week when she announced that she received a four-year doping suspension after a failed drug test, which she associated with contaminated pork in a burrito that she ate 10 hours before she had the test, per The Wall Street Journal.

In a recently published article in NPR, she said she has been barred from competing in the Tokyo Olympics after testing positive for the steroid nandrolone. Houlihan claimed she is clean and blamed the positive test result on a pork burrito she bought from a food truck.

However, officials from the anti-doping agency disagree with the runner. They have imposed a four-year ban on Houlihan, just days before the U.S. Olympic track and field trials begin in Oregon this weekend.

Moreover, her suspension will last until January 2025, preventing her from competing in the 2021 Tokyo Games as well as in the 2024 Paris Olympics. She will also be unable to compete in the first track and field world championships that will be held in the United States in 2022.

In a recently published article in CBS Sports, she firmly denied using performance-enhancing drugs or cheating in any way. On Wednesday, Houlihan's lawyer Paul J. Greene confirmed that the day before her drug test Houlihan ordered a carne asada burrito rather than a pork burrito.

Houlihan's first statement failed to disclose that she had requested a carne asada or beef burrito rather than a pork tortilla. During the interview, her lawyer said that the ruling was irrelevant since the anti-doping lab's analysis was incorrect.

Furthermore, the International Court of Arbitration for Sport, which decided on Houlihan's case, said in a press release on Tuesday that Houlihan missed to identify the source of the drug in her system and also failed to demonstrate that the testing process was illegally handled.

When Did the Issue Begin?

Houlihan's saga began on January 14 when she received a notification from the Athletics Integrity Unit, which oversees an anti-doping program for international track and field athletes, stating that a sample she provided on December 15, 2020, resulted in an "adverse analytical finding" and that she was provisionally suspended.

Additionally, she found out last Friday that the three-member CAS panel had rejected her explanation and sentenced her to a four-year ban. On Monday, Houlihan pledged to appeal the suspension, which may effectively terminate her professional career at the age of 28. It can be remembered that during the 2016 Rio Olympics, she finished 11th in the 5,000 meters.

Some Doping Scandals in the Sports

Decades of doping scandals in sports, in general, have fueled public cynicism about clean sport. Nike shut down the high-powered Nike Oregon Project training group in October 2019 after its head Alberto Salazar was sentenced to a four-year suspension for doping violations.

This is no longer a new issue in the field of sports. A decade ago, CAS rejected cyclist Alberto Contador's tainted-steak argument and sentenced him to a two-year suspension, which led to the stripping off of Contador's 2010 Tour de France victory title.