Boris Johnson, the British Prime Minister, has previously urged G7 leaders to commit to vaccinating the whole globe by the end of 2022. 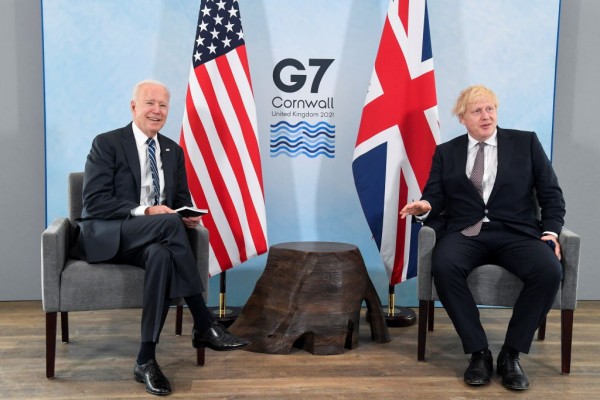 A Call to Donate COVID-19 Vaccines

In a recently published article in Reuters, Johnson has previously called on G7 leaders to commit to vaccinating the whole planet by the end of 2022, and the group is set to promise 1 billion shots at its three-day summit in Carbis Bay, England.

Just hours after President Joe Biden pledged to boost the fight against the coronavirus with a gift of 500 million Pfizer injections, Johnson said that Britain will donate at least 100 million excess vaccinations to the world's poorest countries.

However, some campaign organizations criticized the initiative as a drop in the bucket, saying that roughly 4 billion people would rely on COVAX, the program that delivers COVID-19 doses to poor and middle-income nations for vaccinations, according to a published article in Channel News Asia.

With a global population approaching 8 billion and most individuals requiring two doses, if not booster injections to combat variations, activists said the agreements were only the beginning, and that world leaders needed to go much farther, and much sooner.

Lis Wallace at anti-poverty campaign group ONE said through MSN News, "The G7's aim to provide 1 billion doses should be seen as an absolute minimum, and the timeframe needs to speed up. We're in a race with this virus and the longer it's in the lead the greater the risk of new, more dangerous variants undermining global progress."

Following complaints that it was dragging its heels, the UK would distribute 30 million "surplus" vaccine doses to poorer nations by the end of the year, including five million by September, according to a published report in Independent.

Boris Johnson, who will open the G7 conference in Cornwall, will also commit to distribute at least another 70 million vaccines within the next year to demonstrate global leadership on the problem.

The action comes after the World Health Organization and other global organizations urged wealthy countries to intervene in order to avoid deadly new Covid strains from impeding efforts to halt the epidemic.

Mr. Johnson said that the first 5 million contribution - to assist the most vulnerable nations - could be made without delaying the completion of the UK's commitment to providing at least one vaccine to every adult by the end of July.

With a 500 million-strong stockpile, the UK would also guarantee that it had enough doses for fall booster shots and to react to any new strains of the virus.

Related Article: United States to Buy 500 Million Doses of Pfizer Vaccines to Send to 100 Nations, Biden Declares 'US Is Back'