The GOP Party announced that former Pres. Donald Trump will be speaking in North Carolina during the annual convention of the party. 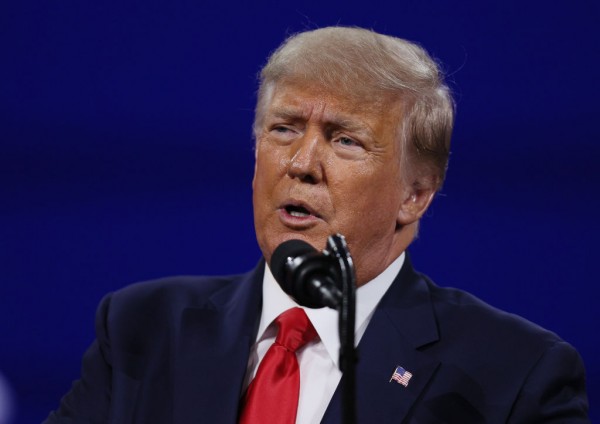 In a recently published article in the U.S. News, the former president will appear in person at the Greenville Convention Dinner on June 5. Trump narrowly won North Carolina in 2020 and organized a number of events there at the end of his campaign.

Donald Trump has maintained a low public profile since leaving office. His most recent important public speech was delivered in February at the CPAC convention. He is currently barred from using Twitter and Facebook, and his public remarks have often taken the form of written statements and criticism of right-wing news outlets.

According to a published article in MSN News, Trump's speech will be private and be closed to the media, and journalists will not be able to view it via Livestream or other means, according to Livy Polen, a spokeswoman for the North Carolina Republican Party.

In a recently published article in Channel 3000, Donald Trump's daughter-in-law Lara Trump has not officially ruled out running for U.S. Senate in North Carolina in 2022, but she has shown interest in the race. Trump has not supported any of the three Republicans who are currently running for the seat vacated by Republican Sen. Richard Burr.

North Carolina U.S. Rep. Ted Budd and former Rep. Mark Walker, who are running for the party's 2022 U.S. Senate nomination, as well as U.S. Rep. Madison Cawthorn and four other members of the state's congressional delegation, are expected to attend the convention. Kristi Noem, the Republican governor of South Dakota, will be the guest speaker.

Meanwhile, Trump has expressed interest in running for president again in 2024, but he has not made a decision. The state party is hoping that Trump will assist Republicans in regaining control of the U.S. House in the forthcoming midterm elections. NCGOP Chairman Michael Whatley, a Trump supporter who was one of the former president's 13 North Carolina electors in 2020, wants Trump to be more active in North Carolina politics.

Whatley said in a news release  that "Trump delivered real results for North Carolina by rebuilding the military, standing strong against China and unleashing the American Economy. "

Many members of the party are hoping that Former Pres. Trump can still give a significant impact as he speaks during the annual GOP Convention. On the other hand, Trump is not expected to publicly announce his future political plans.