In a recently published article in POLITICO, more than $2 billion funds from the Health and Human Services meant to address the country's Strategic National Stockpile and COVID-19 testing will be diverted.

An unprecedented financial toll caused by sheltering more than 20,000 unaccompanied children has taken on the department so far this year. According to a published report in Yahoo News, it struggled to open emergency shelters and add personnel and facilities across the country, as outlined to congressional appropriators in notices over the last two months. 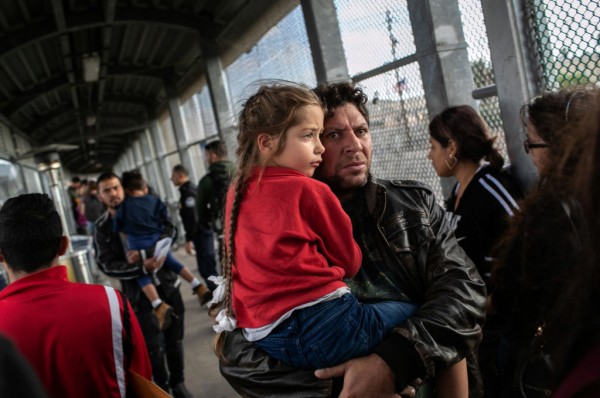 (Photo : John Moore/Getty Images)
Asylum seekers walk back across the international bridge from the United States to Mexico after their immigration court hearing.

The diverted funds, totaling $2.13 billion, increase the government's annual target for the unaccompanied minors initiative in both the past two fiscal years, according to a published report in the Daily Advent.

It is also more than the nearly $500 million that the Trump administration diverted toward sheltering a migrant refugee population that had swelled due to its stringent immigration policies, including splitting children from parents at the border in 2018.

Aside from moving funds from the Strategic National Stockpile and Covid-19 research, the Health and Human Services (HHS) has since taken $436 million from various current health programs around the government, MSN News reports.

Mark Weber, the HHS spokesperson, said that the agency also collaborated with the Office of Management and Budget to identify options to keep the unaccompanied minor program supported in the light of growing expenses.

He stated that HHS has historically tended to divert funds from areas of the department where it is not urgently needed. He said in a statement that "All options are on the table. His program has relied on, year after year, on the transfer of funds."

Moreover, Xavier Becerra, the HHS secretary, has the right to transfer funds among programs within the sprawling department as long as he notifies Congress, a power that his predecessors have often used during previous influxes of migrant children.

However, these transfers come at a time when HHS has publicly attempted to increase funding for the Strategic National Stockpile and Covid-19 research activities, stressing the crucial role that both play in pandemic response and future preparedness efforts.

Later, Becerra emphasized the importance of "ensuring we have the resources" to replenish the Strategic National Stockpile, which came under pressure early in the pandemic after officials learned it lacked anything near the amount of defensive equipment and medical supplies needed to respond to the epidemic.

In another discussion, Rep. Markwayne Mullin pushed Becerra on whether HHS will gain more from Congress spending in other areas of its operations than funding more Covid testing. Mullin cited the record number of migrant children arriving at the border in particular.

Related Article: Pentagon Approves to House Unaccompanied Migrant Children in Its Military Base