ICE officials have decided to end the Trump-era policy on immigration as they say it was not effective. Since finding the program to be "ineffective," Immigrations and Customs Enforcement (ICE) officials said it canceled the two Trump-era policies on the collection of financial sanctions and planned to cancel fines already imposed on undocumented immigrants.

The step is part of the Biden administration's attempt to restrict the reach of immigration policy, which includes many moves away from the Trump administration's immigration policies. Homeland Security Secretary Alejandro Mayorkas said, "There is no evidence that these penalties enforced compliance with noncitizens' departure obligations. Without resorting to ineffective and unnecessary disciplinary measures, we should uphold our immigration laws." 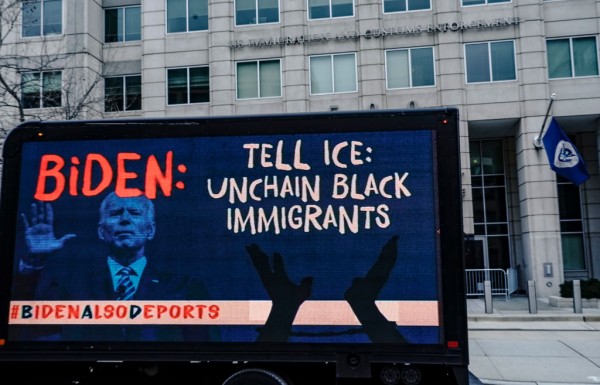 Since January 20, ICE stopped imposing these fines, and Friday's announcement formalizes the policy change, as per CNN via MSN. Following then President Donald Trump's executive order directing the Department of Homeland Security to ensure the assessment and recovery of all fines and penalties from individuals illegally present in the United States and those who encourage their presence in the region, ICE started notifying certain illegal immigrants of the plan to file fines in December 2018.

Previously, undocumented immigrants who could not comply with immigration judges' final expulsion orders faced fines of up to $799 a day, which could easily add up to a significant sum. Those that did not leave the U.S. willingly paid a fine of $3,000, adjusted for inflation.

About 26,400 asylum seekers are also awaiting a legal decision and are part of the Migrant Protection Protocols scheme. According to a Transactional Records Access Clearinghouse (TRAC) report, despite President Joe Biden's announcement on his first day in office that Migrant Protection Protocols (MPP) will be dismantled, these cases have yet to be transferred out of the program.

The instances date back to the Trump administration's implementation of the initiative in 2019, Newsweek reported. TRAC, a Syracuse University-based charity that collects, researches, and distributes results, analyzed cases from the end of January to the end of March 2021.

According to the study, 3,911 asylum claimants were able to enter the country after their appeals were moved from MPP to immigration courts in the U.S. After the program launched in 2019, only 2,987 migrants have had their cases moved out of MPP under the Trump administration.

MPP, also known as the "Remain in Mexico" initiative, was developed by the Department of Homeland Security as a means of preventing asylum seekers from entering the country. About 71,000 asylum-seekers were accepted into the scheme before Donald Trump established it. The majority of those who applied for asylum were denied or did not have enough evidence for their applications to be heard.

"After Joe Biden reached the White House, he stopped the program, and since then, he has continued to process those who are waiting in Mexico," Austin Kocher recently told Border Report. Kocher works at TRAC as a research assistant professor. "We wanted to see how many of those cases were eventually moved out of MPP courts and into non-MPP courts around the country."

On Thursday, former Trump administration officials and the state of Texas filed a federal lawsuit alleging that President Joe Biden's administration is breaking the law and putting Americans at risk of coronavirus infection by continuing to allow certain migrants who illegally cross the border with Mexico to be released into the U.S. On the lawsuit filed in federal court in Fort Worth, the America First Legal Foundation, a new nonprofit created by Trump advisor Stephen Miller, is acting as outside counsel to Texas Attorney General Ken Paxton.

By citing the Supreme Court's ruling last year that the Trump administration's decision to abolish the Obama administration's Deferred Action for Childhood Arrivals policy was inadequately explained, the complaint aims to provide immigration advocates and Biden administration officials a sample of their own legal medicine.

Last June, Chief Justice John Roberts' decision to join the court's liberal side amounted to a reprieve for so-called dreamers, who were brought to the U.S. as children by parents who lacked legal rights.

Many conservatives were upset by the decision, which undermined Trump's immigration policy and reduced pressure on Congress to bargain with the administration, as per POLITICO. However, conservative legal groups are now attempting to use the precedent to fight Biden's attempts to overturn numerous Trump-era policies.