In a recently published article in the MSN News, a new study emerged from the United Kingdom, which showed a very significant effect when mixing the COVID-19 vaccines. It was found out that this causes a person to experience more side effects.

According to the report, the results of the study were published in The Lancet. The study indicated that they had the participants take two doses of vaccines needed to be fully vaccinated. These are from the Pfizer and AstraZeneca.

However, the researchers were very shocked by the results of the study. The findings revealed that the side effects, such as pain, nausea, and chills, increased consistently when the vaccines were combined. 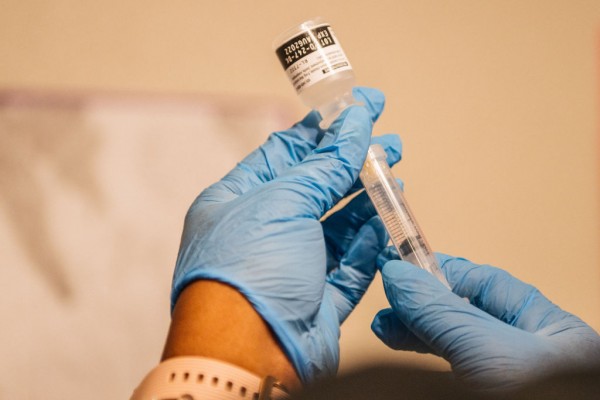 Lead Investigator of the Trial Released a Statement

Matthew Snape, the lead investigator of the study, said, "It is a really intriguing finding, and not something necessarily we were expecting to see such a consistency on," according to a published article in POLITICO.

However, he also clarified that despite being reported more often and with greater severity, the side effects did not last long. No one was hospitalized as a result, according to reports.

In a recently published article in BBC News, when separate vaccine doses were mixed, chills, headaches, and muscle pain were more commonly recorded. Any adverse effects were brief, and there were no other safety issues.

Data of the Study

Chills were recorded by approximately 10 percent of people after the second dose of AstraZeneca in the normal schedule. According to Snape of the Oxford University trial, if they had got Pfizer after AstraZeneca, the number would have risen to about 40 percent.

Progress of the Study

The research is now studying side effects and the immune reaction over a 12-week period and is now incorporating randomized prophylactic paracetamol versus paracetamol as required to minimize these symptoms, according to Snape. The immune response to these combinations is scheduled to be studied in June.

According to Snape, the trial, which has since extended to include vaccines from Moderna and Novavax, has sparked widespread interest. Snape also noted that the team had shared its findings with national immunization scientific advisory groups in Scandinavia, Northern Europe, and Canada.

He stated that there has been international interest in these results and that he has shared the data with organizations worldwide. The Novavax and AstraZeneca vaccines, on the other hand, are not approved for use in the United States.

Related Article: Side Effects After Vaccination Could Mean You Already Got Infected, New Study Suggests