Savannah Sparks, known on TikTok as @Rx0rcist, has made it her task to debunk medical misconceptions on the app, and as a consequence, she has received vile attacks. 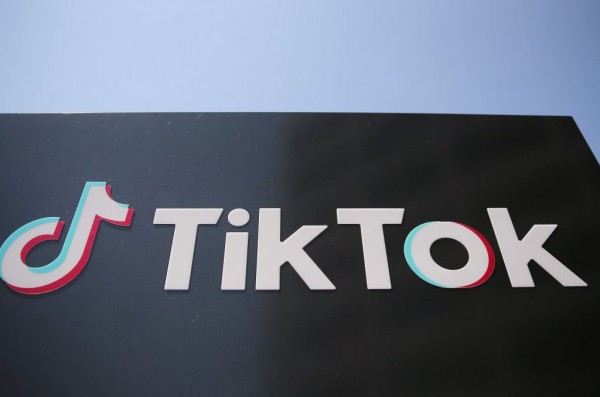 (Photo : Mario Tama/Getty Images)
The TikTok logo is displayed outside a TikTok office.

Who is Savannah Sparks?

Savannah Sparks, a 31-year-old Mississippi doctor, goes by the TikTok handle r0xorcist on the website. Sparks, a medical practitioner and self-proclaimed supporter of the "call-out culture," has made it her job to debunking all promoting myths regarding the current global pandemic, according to a published article in Dexerto.

Savannah does this as part of a sarcastic series called "Petty Journals Club" with Sav on the app. In an interview with NBC, Savannah clarified that during this series, she found a troubling trend: several of the individuals sharing misconceptions regarding vaccinations, masks, and even educating audiences about how to get around lockout limits worked in the health sector themselves.

In one post, which received 4.9 million views, she took on an anti-masker named Marissa, who went on a flight wearing a false mask and boasted that "nobody's going to know."

How Savannah Debunked Some Misinformation About COVID-19?

A woman pretending to be a pharmacy technician dances while claiming to expose the "most popular meds I've filled that trigger cancer" in the video. Sparks, irritated by the obvious misinformation, responded to the video with one of her own.

She said "My name's Savannah. I'm a doctor at a pharmacy, and I'm about to absolutely wreck your s--t," Sparks also called the woman's boss at work, telling her that she "shouldn't be worrying about this" and including fake medical evidence., according to a published article in Honey.

One of the most serious concerns she's addressed on TikTok is the dissemination of myths about coronavirus in the United States, where certain organizations say the virus is harmless or even a hoax. Sparks has chastised many creators for spreading misleading information about the virus, its cure, or methods to circumvent COVID-19 restrictions.

In certain cases, she also approached the people circulating the misinformation's offices, and in serious cases, she brought the matter to their respective field's licensing commission. It's a contentious step, but Sparks believes it's critical in combating the dissemination of medical misinformation online.

Her callout videos were not welcomed by some groups and individuals. Sparks has faced frightening attacks as a result of his efforts to correct propaganda created by certain hate organizations. Her address was leaked publicly, and her company pages were filled with negative feedback from people she'd never dealt with.

She told a news outlet "They posted aerial photos of my mom's house on 4chan, which they paired next to a video of me and my sister dancing in her backyard to confirm that I was still at her house so they could plan to murder, rape, and kill me."

Sparks returned to TikTok shortly after reporting the attack to local authorities and taking a break from the app to do her "job" and resume debunking medical myths on the app.