President Joe Biden's ambitious climate goal of halving America's greenhouse gas emissions by 2030 will necessitate significant decreases from sources other than one of the worst perpetrators: automobile tailpipes. It is because, according to analysts, there are too many gas-powered passenger vehicles in the United States; nearly 279 million to replace them in less than a decade. 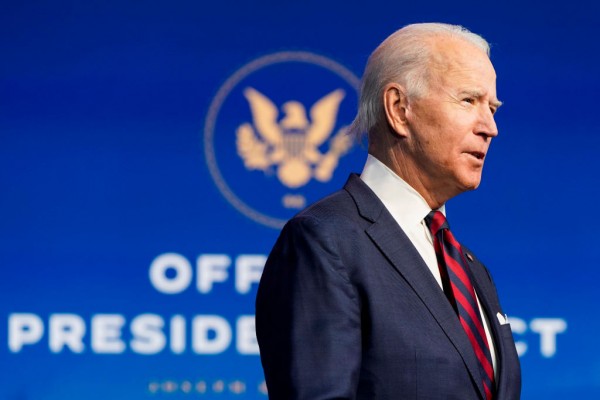 In an average year, automakers sell about 17 million cars in the U.S. If all of the latest ones were electric, replacing the whole fleet would take more than 16 years. Furthermore, vehicles now last on American roads for almost 12 years on average before being replaced, implying that gas-fueled cars will continue to rule for many years to come.

So, unless government subsidies would convince many Americans to abandon their cars and trucks in favor of electric vehicles, cutting tailpipe emissions by half will take considerably longer than Biden's timeline. Fewer than 2 percent of new vehicles sold in the United States were entirely electric last year, as per the Associated Press.

As a result, other sectors of the economy will have to drastically reduce greenhouse gas emissions to compensate for the auto industry's shortfall. The single largest cause of emissions is transportation as a whole, which involves vehicles, trucks, ships, and airplanes.

The possible cause of faster reductions is electricity generation. The industry has also made significant progress. According to the government's Lawrence Berkeley National Laboratory, carbon emissions from power production were 52 percent lower last year than the government had expected in 2005. The reasons for this include increased use of natural gas, solar, wind energy, and lower demand as the market has grown to achieve greater energy efficiency.

As part of the administration's strategy to tackle climate change, President Biden announced new climate goals for lowering greenhouse gas emissions by more than 50 percent from 2005 levels by 2030, Fox Business reported. According to the White House, Biden's climate goal would "build millions of good-paying, union jobs, promote economic competitiveness, advance environmental justice, and strengthen the health and welfare of communities across America."

The initiative further aims to move the United States closer to achieving a carbon-free electricity market by 2035 and the more difficult task of attaining a net-zero-emissions economy by 2050. The administration's plan is said to help the middle class and union employees by creating new job prospects such as laying transmission lines for cleaner grids, reclaiming mines, and capping off methane leaks.

Republicans cautioned that President Joe Biden's climate goal to slash carbon emissions by more than half would destroy jobs and give rivals like China and Russia an economic advantage, as per The Washington Examiner.

Campaigners applauded the move, but Republican resistance in Congress raises concerns over how the Biden administration can put a pledge into action if it cannot pass legislation. Senator John Barrasso, the senior member of the Senate energy committee, said, "President Biden is arbitrarily binding America to a draconian and harmful carbon commitment." The Senate Republican Communications Center distributed specifics of a report from the nonprofit Resources for the Future, which broke down the measures taken to reach a 50 percent decrease in pollution, including closing coal mines and ensuring that all new structures and equipment are fully electrified.

Joe Biden Plans To Increase Capital Tax Rate to as High as 43.4% On Wealthy Individuals