The GOP's framework, which was recently launched, focuses solely on "core" infrastructure products such as roads and bridges, broadband, airports, rivers, rails, ports, and public transportation. Other major components of Biden's plan, such as clear subsidies for hybrid cars, infrastructure, and home treatment, were not included. 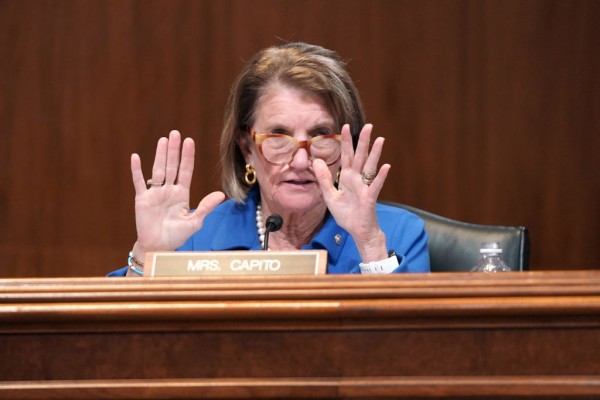 According to a recently published aticle on The Hill, the Republican counteroffer campaign was headed by Sen. Shelley Moore Capito, the top Republican on the Senate Environment and Public Works Committee. She stated that the proposal, which seeks financing by usage fees rather than a corporate tax increase, is intended to serve as a starting point for bipartisan discussions on infrastructure, a top priority for the Biden administration.

Sen. Capito said, "This is a serious attempt to offer a serious robust, the most robust plan we've put forward as Americans. This is an offer that is on the table and deserves a response."

How the $568 Billion Framework Will Be Spent If Approved?

The new GOP counteroffer mirrors the $618 billion plan for pandemic relief made earlier by Capito and other moderate Republicans to the Biden administration, according to a recently published article on ABC News.

Their "framework" proposal will spend $299 billion on highways and bridges, $61 billion on mass transportation projects, $20 billion on rail, $35 billion on drinking water and sanitation facilities, $13 billion on safety projects including the National Highway Traffic Control Administration, $17 billion on ports and inland waterways, and $44 billion on airports.

Additionally, it also recommends investing $65 billion to upgrade and extend the country's telecommunications networks in order to introduce high-speed connectivity to more remote areas, according to a published article on NPR.

In a recently published article on NBC News, the White House is considering a $568 billion Republican counterproposal to President Joe Biden's massive $2.25 trillion investment plan as a starting point for talks.

White House aides want to investigate the proposal's specifics and negotiate it with legislative personnel in the coming days, according to press secretary Jen Psaki. She stated that Biden intends to invite representatives to the White House for further discussions following his speech at the Congress next week.

Psaki said, "We certainly welcome any good faith effort and certainly see this as that, but there are a lot of details to discuss and a lot of exchanges of ideas to happen over the coming days."

The package outlines what Republicans feel should be considered infrastructure, while Biden's initiative contains funding to invest in child and elderly care, as well as funds to support the manufacture and purchasing of electric cars. The package is about a quarter the size of Biden's proposal, but it calls for almost twice as much money to be spent on highways and bridges.

The initiative also calls for the tax cuts enacted by former President Donald Trump to be preserved, as well as the repurposing of unspent federal funds enacted as part of the COVID-19 relief packages for capital spending.