On Tuesday, Amazon founder Jeff Bezos said that he supports President Joe Biden's initiative to increase corporate taxes to help pay for his administration's $2 trillion infrastructure plan. To help finance his sweeping plan, Biden has suggested raising the corporate tax rate from 21 percent to 28 percent. "We understand this investment would necessitate compromises from fronts in terms of what's included and how it's paid for. We're in favor of a corporate tax rate increase," Bezos said in a statement. 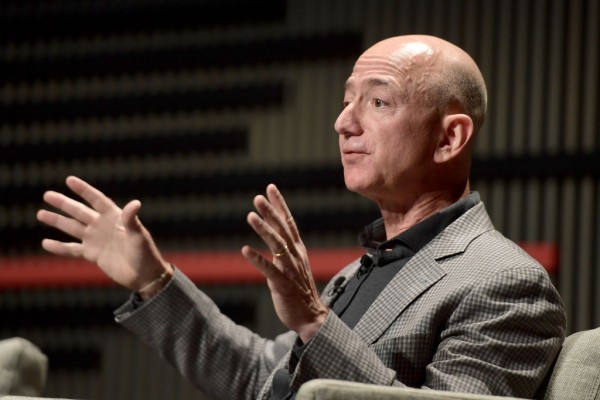 Bezos said that his company supports the administration's "emphasis on bold investments in American infrastructure." The president singled out Jeff Bezos as he launched his infrastructure plan, blasting the e-commerce giant for how much it spends in federal taxes.

Last week, Trump reported that Amazon was one of 91 Fortune 500 firms that "use numerous loopholes to stop paying a single penny of federal income tax." For years, Amazon has been mocked for paying almost no federal taxes in the United States.

Bezos, the world's richest man, will step down from his role as CEO in the third quarter of 2021, as per the NY Post.

Jeff Bezos said Democrats and Republicans had endorsed infrastructure plans, and now is the best time to get something "that preserves or strengthens U.S. prosperity."

In a statement posted on Amazon's website, Bezos said, "We support the Biden Administration's focus on making bold improvements in American infrastructure. We hope Congress and the administration will work together to find a realistic and equitable solution." Last week, Biden reported that the infrastructure plan "needs investments."

The $2 trillion plan seeks to restore the country's aging roads, bridges, transit, and rail networks and promote electric vehicles, green energies, and the construction of over 2 million affordable homes. White House press secretary Jen Psaki reported that the administration wants to have Congress's proposal this summer.

Amazon has been slammed for tax practices

Amazon's approach varies from Republicans and big business groups, who have come out against the tax hikes, arguing that they would stifle economic growth. Bezos did not mention if Amazon would accept the White House's other tax reforms, aside from the corporate rate hike.

These aim to capture more revenue from U.S. corporations' overseas earnings, including partnering with other countries to create a global minimum tax. Changes to those laws, according to analysts, are more likely to evoke intense resistance from corporations than an increase in the corporate tax rate, which many companies escape due to exemptions and other credits.

According to the Institute on Taxation and Economic Policy, Amazon paid an average federal income tax rate of 9.4 percent in 2020. Amazon has retaliated more forcefully against opponents in recent weeks, although it has long been chastised for its tax practices.

Last year, Amazon announced $1.7 billion in federal tax expense and $350 billion in investment. Amazon's initiatives have helped it save money on taxes by taking advantage of laws that enable businesses to invest in research and development areas, BBC News reported.