Although health authorities say they don't know whether the AstraZeneca COVID-19 vaccine triggers possibly fatal blood clots, Australia will continue to distribute it. 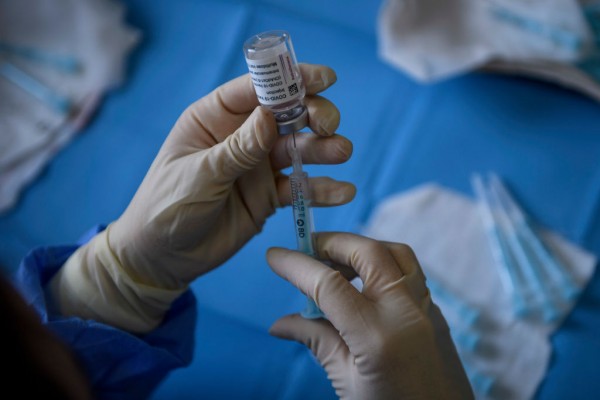 Since several European patients experienced brain blockages leading to strokes, more than a dozen countries suspended the COVID-19 vaccine in March. Germany prohibits the vaccine for people under the age of 60, citing concerns that blood clots are more common in young people, especially young women.

European regulators are reviewing the evidence. Marco Cavaleri, head of vaccines at the European Medicines Agency, said on Tuesday that he claims a 'causal correlation' between the vaccine and the clots. Professor Brendan Murphy, Australia's Health Department Secretary, acknowledged on Wednesday that he does not know if there is a risk. "The government and the department have taken the position that protection is completely paramount," he said.

According to Daily Mail, an investigation was launched last month after a 44-year-old Melbourne man was admitted to hospital with blood clots after receiving the AstraZeneca COVID-19 vaccine. According to Australian health officials, blood clots occur in general life, and any adverse effects experienced after vaccination may be coincidental.

The MHRA, the UK's safety authority, has identified 30 rare clotting cases in 18.1 million doses, or about one in every 600,000. However, the European Medicines Agency (EMA) estimates that it could affect up to one in every 100,000 people under 60. Last week, the UK regulator chastised Germany for banning the vaccine in people under the age of 60, claiming there was "no evidence" to back those prohibitions.

On Tuesday, UK Prime Minister Boris Johnson urged Britons to get the AstraZeneca COVID-19 vaccine. Cavaleri, the EU regulator's boss, told Italian media that there is a strong connection between the AstraZeneca vaccine and the hundreds of unusual blood clots that have been recorded worldwide from the tens of millions of AstraZeneca shots given out.

A press conference would be held as soon as the analysis was done, either on Wednesday or Thursday. The agency has consistently confirmed that AstraZeneca's vaccine is safe and that the benefits outweigh the risks.

WHO, Others, Warn Using Ivermectin as Treatment to COVID-19

The University of Oxford announced on Tuesday that it had halted a limited UK trial of the COVID-19 vaccine it produced with AstraZeneca Plc in children and teenagers as it awaits more information on rare blood clotting problems in adults who administered the vaccine. The trial's cancellation is the latest setback for the vaccine. It was once hailed as a game-changer in the battle against the pandemic after many countries restricted its use following reports of patient complications after vaccinations.

Oxford University reported no safety issues in the pediatric trial but that it would wait for advice from the UK medicines watchdog before administering any further vaccines, as per Business Today. In February, the university reported 300 volunteers aged 6 to 17 years old from the United Kingdom would be participating in the study.

According to the World Health Organization's regulatory officer, there is no need to change the organization's determination that the AstraZeneca vaccine's benefits against COVID-19 outweigh the risks. In light of warnings of blood clots among people who have been vaccinated, the WHO is closely studying the latest data alongside European and other regulators, according to Rogerio Gaspar, WHO director of regulation and prequalification.

WHO plans to make a new review on Wednesday or Thursday after its own vaccine safety advisory committee meets. However, still, Gaspar claims there would be no need to change its recommendation that the benefits outweigh the risks. According to Gaspar, WHO has been in contact with some national and regional advisory panels to decide on the vaccine's regulatory status, US News reported. "At this point, there is no indication that the vaccine's benefit-risk evaluation has to be changed," he said.