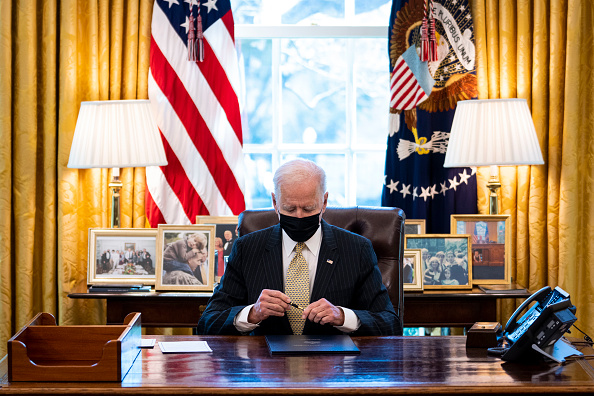 The young Biden administration is now facing a challenge to address the student loan crisis in the country. The Federal Reserves estimated during the third quarter of 2020 that around 40 million people have student loans, according to a published article in NBC News.

The federal agency also added that the student debts that Americans owed are around $1.7 trillion. Moreover, studies also show that students of color are more likely to have student loans and struggle to pay them back.

Yahoo News reports that Pres. Joe Biden is now looking into this matter. He already asked Education Secretary Miguel Cardona to prepare the memo that cancels student debt. The memo will be crafted alongside the Justice Department.

In a recently published article in Business Insider, Pres. Joe Biden is looking into his legal authority to cancel student debt up to $50,000. Chief of Staff Ron Klain also said on Thursday that the President has asked Cardona to prepare the memo and review it.

Ron Klain said that Pres. Biden will decide over this matter based on his legal authority and the policy issues around it. The Chief of Staff also admitted that POTUS has not yet decided as he has not yet received the memos he needs.

Biden backed up and support to cancel student loans up to $10,000. However, he admitted that he thinks he does not have the legal authority to release an executive order that cancels student debt up to $50,000 without congressional action.

Pres. Biden said in February he understands the impact of student debts that crippled millions of Americans. At that time, he also said he could write an executive order that will wipe out student debt up to $10,000 but not $50,000 without a legal basis.

Proponents Claim Biden Has the Authority To Cancel Student Debt

The Higher Education Act of 1965 gives the Education Secretary the power to back student loans; proponents of student debt cancellation say that the President can revoke student loans.

Proponents of debt cancellation contend that Biden has already used the authority by pausing student loan payments during the coronavirus pandemic.

Meanwhile, as his executive authority review was ongoing, White House press secretary Jen Psaki told reporters in February that Biden would be "eager" to sign a bill providing $10,000 in debt relief.

Furthermore, Senate Majority Leader Chuck Schumer, D-N.Y., Sen. Elizabeth Warren, D-Massachusetts, and other Democrats on Capitol Hill are placing pressure on Biden to use executive action to forgive up to $50,000 in student loans. Lawmakers have acknowledged that they do not have the Republican votes to pass a bill that will do the same thing.

The $50,000 figure is important because it is what Massachusetts Senator Elizabeth Warren ran for, and it is what Senate Majority Leader Chuck Schumer has backed since then.