A strong 6.6 magnitude earthquake struck New Zealand just off its eastern coast, days after a series of tremors prompted a tsunami alert and mass evacuations. A series of earthquakes hit New Zealand on Tuesday morning, four days after two massive tremors forced evacuations along a 100-mile stretch of the coast. The biggest was a magnitude 6.6 earthquake that occurred at 7:35 a.m. local time.

New Zealand rocked by a series of earthquakes 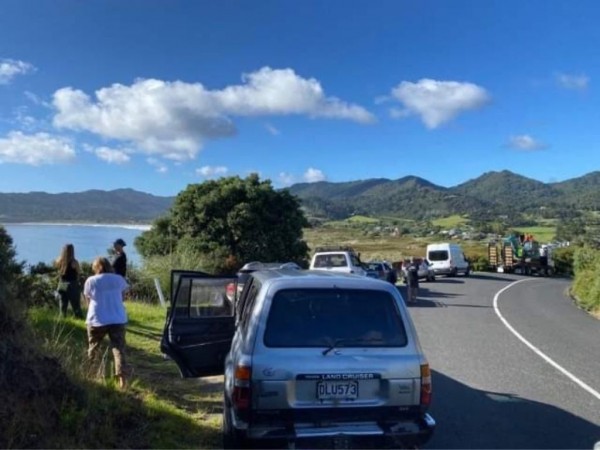 A 4.9 magnitude tremor shook the Kermadec Islands area only moments later, at 7:36 a.m., farther away from the mainland. There have been no tsunami warnings issued yet.

Residents on the North Island have recorded 12 instances of trembling in the last hour, according to GeoNet, New Zealand's official geological hazard intelligence source. However, 11 of the tremors were classified as "weak" because their magnitudes were less than 3.

It comes after a troubling week of significant tremors, which included two massive quakes in a matter of hours, as per The Sun. Residents were forced to evacuate to higher ground as tsunami-like waves slammed into the sea until another quake hit the Kermadec Islands around midday on Friday.

Read also: Adults With Down Syndrome More Likely To Die From COVID-19

Locals rushed to safety after emergency authorities warned that waves could exceed a height of more than 3 feet, with "unpredictable surges" accompanying them. Residents along a 100-mile stretch of coast recorded a "long, swaying shaking" that triggered "cracking sounds" in their homes.

"Hope everyone is ok out there - particularly on the east coast who must have felt the full force of the earthquake," New Zealand Prime Minister Jacinda Ardern wrote on Instagram.

The second earthquake, which struck at 7:36 a.m. on Tuesday, was less strong, and high waters were only expected in a 40-mile radius north of Auckland. According to a shocking video posted on social media, massive water surges were seen coming ashore at Tokomaru Bay on the country's East Coast.

Smaller tidal waves were likely to be seen as far away as Antarctica, prompting tsunami warnings throughout the Pacific, including in New Caledonia and Vanuatu. According to the U.S. Pacific Tsunami Warning Center, parts of South America were also on high alert. The tsunami warnings were later lifted, allowing residents who had evacuated to return to their homes.

Read also: US Faces New Cyberattack, Biden Administration Prepares To Strike Back Against Its Major Adversary

A 7.3-magnitude earthquake struck east of the North Island at 2.27 a.m. on Friday, followed by a 7.4-magnitude tremor in the Kermadec Islands four hours later. Since the first quake, residents residing along a 100-mile stretch of coast were advised to evacuate inland or reach high ground, with local emergency authorities expecting waves of more than 3 feet and the constant danger of 'unpredictable surges.'

Residents living within a 40-mile radius of the coast north of Auckland were only expected to be affected by the second earthquake, which occurred farther away from the mainland. Residents on the North Island recorded a 'very long, swaying shake' and houses making 'cracking noises' in a tremor that lasted up to a minute. Still, there were no immediate reports of casualties, Daily Mail reported.

On seismic monitor GeoNet, more than 60,000 people confirmed feeling the quake, with a few hundred describing it as 'severe' and 75 describing it as 'extreme.' While there was no tsunami threat in Wellington or other parts of New Zealand, civil defense officials advised residents to stay away from beaches around the country.

The earthquake struck at 2:30 a.m., less than an hour after a 3.7-magnitude rumble in the same area, and was felt 110 miles from Gisborne. There were already aftershocks being felt in the city. According to the Pacific Tsunami Warning Center, tsunami waves were possible within 180 miles of the earthquake's epicenter, which the United States runs.

Following the earthquake, 'tsunami waves were detected,' as per the Hawaii-based alert center in a 3 a.m. update. Flooding is anticipated in a 100-mile coastal stretch from Cape Runaway to Tolaga Bay, as per New Zealand's emergency department.