The Governor of Texas urged the state's energy board leaders to resign as five million people in the state were left without power amid the record-breaking cold temperature.

Texas operates its own power system 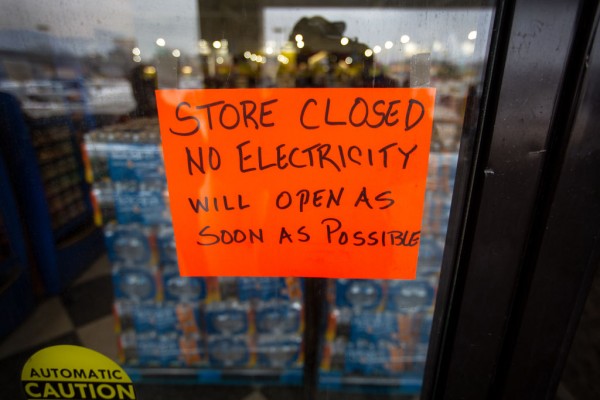 (Photo : Montinique Monroe/Getty Images)
AUSTIN, TX - FEBRUARY 17, 2021: A sign states that a Fiesta Mart is closed because of a power outage in Austin, Texas on February 17, 2021. Millions of Texans are still without water and electric as winter storms continue.

Republican Governor Greg Abbott revealed the ERCOT investigation on Tuesday and rounded on the officials - a majority of whom, it discovered, were not even residing in the county. 'In the past 48 hours, the Electric Reliability Council of Texas has been anything but reliable,' Abbott said in a tweet. "When our state faces freezing cold and dangerous winter weather, far too many Texans are without electricity and heat for their homes. This is impermissible."

On Tuesday, almost four million homes in the state were without power, Daily Mail reported. As a result of Winter Storm Uri, ten people are known to have died - some in traffic accidents, some from fires caused by attempts to keep warm, and at least two homeless people from the cold. Some of the coldest days in living memory were suffered by shocked Texans, with temperatures dropping as low as minus two Fahrenheit in Dallas - marking only the fifth time that the temperature was below zero on record.

Yet more crude oil and natural gas are produced by Texas than any other state. It also makes more energy than any other territory, with output rates nearly double that of Florida, the second-highest electricity producer.

According to ERCOT, the largest single source, natural-gas-fired power plants provided 40% of Texas' electricity in 2020. Wind turbines were ranked second at 23%, followed by coal at 18% and nuclear power at 11%. Texans questioned if their energy-rich state could be left without electricity so swiftly.

A large amount of household heating is provided for by natural gas. More than a third of Texas households rely on natural gas as their primary heating source, as per the U.S. Energy Information Administration (EIA).

Experts claim that the concern in Texas was mainly about natural gas. Natural gas is now used by half of the state's power plants to generate electricity. Michael Webber, an energy resources professor at the University of Texas at Austin said, Texas is a gas state.

'Texas is a gas state,' said Michael Webber, an energy resources professor at the University of Texas at Austin. Webber told The Texas Tribune, "Gas is failing in the most spectacular fashion right now."

According to analysts, gas lines were depressurized because of a shortfall in the availability of natural gas but recorded gas consumption. They have to shut down if natural gas power plants can't get the pressure they need to run.

Dan Woodfin, senior director for ERCOT, told Bloomberg that natural gas pressure was a big concern on Tuesday. But, he said, failures were partly to blame in all outlets.

"In the course of this multi-day event, we have had some problems with almost every type of generating capacity," he said. Usually, natural gas power plants do not have too much on-site fuel storage, experts said.