Kim Kardashian, Kanye West Divorce: Here are the Things You May Want to Know!

Kim Kardashian decided to divorce Kanye West for allegedly refusing to take his medications for his bipolar disorder or help Kim with their four kids, a source revealed. 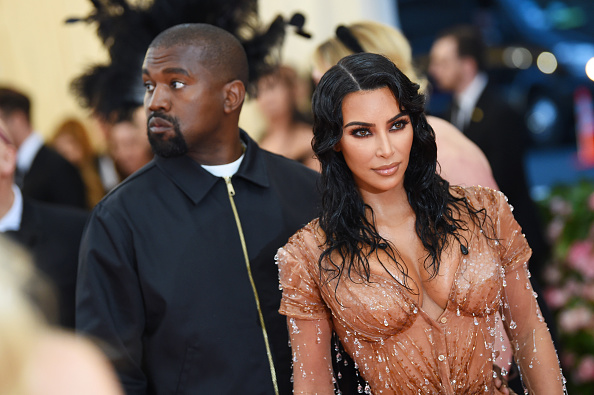 Kardashian has reportedly hired powerhouse celebrity lawyer Laura Wasser to manage her divorce and believes she is in settlement talks with West.

The insider told The Sun how the reality star tried everything to fix their marriage, but Kim felt like a "single mom" to their four kids and decided to call it quits. Kanye, 43, took to his Twitter in the past regarding not taking meds for his mental health issues.

In 2019, Kim, 40, opened to Vogue about Kanye, saying, "For him, being on medication is not really an option, because it just changes who he is."

As the couple "lived separate lives" in recent months, the Keeping Up With The Kardashian star was "done with the rapper," multiple sources confirmed Page Six. the publication was told that the couple is keeping it low-key, but they are done.

While Kim felt they were "on the same page" when they first began their family, things changed over the past two years, and she ended up doing the parenting alone, a source told The Sun. Apparently, Kardashian even slept in a separate room from West to give him space while they are working on their marriage, the source added.

Kim decided to sell her $60 million Calabasas mansion she lived in for six years to build a "fresh start" away from Kanye West, friends say. According to The Sun, the insider says Kim is ready to move on.

Yesterday, reports claimed that Kim was keen to hold off the L.A. mansion because her four children, North, 7, Saint, 4, Chicago, 2, and Psalm, 1, grew up in that place. Kim owned the land, and it is built on the surrounding plots, but Kanye owned the actual house.

The property has ten bathrooms, eight bedrooms, a basketball court, a cinema, and a huge swimming pool. Besides, the Calabasas mansion is fully decorated in beige, white, and cream, with West taking credit for most of the property's design.

To complete the version of the mansion. Kanye worked with Belgian designer Axel Vervoordt. Initially, the property belonged to Lisa-Marie Presley before Kim and Kanye purchased it for $20 million and they spent $40 million on renovations in 2013.

In 2017, they moved while work was still in the process and the property was declared finished in 2019.

Why Kim Kardashian's Kanye West divorce may not happen?

The couple has been on the brink of divorce several times, as per the fans looking on from afar. However, according to Cheat Sheet, Kim Kardashian and Kanye West weathered the storm and still came back to the public eye like they became stronger than ever.

Taking note that Kardashian is well aware of the process to end a marriage as she had done it multiple times. Kim eloped with Damon Thomas when she was only 19, and the marriage lasted three years before they went their separate ways.

Kim Kardashian also had a brief marriage to NBA star Kris Humphries in 2011, but she filed for divorce after 72 days. But Kim's divorce from Kanye would be different as the couple has been together much longer. In 2014, Kim and Kanya married after they started dating shortly.