Rock formation is fun to collect and would be more fun when you stumble on unusual rocks that look like the Cookie Monster Muppet of Sesame Street.

(Photo : Rosanna Philips/ Twitter Screenshot)
Cookie Monster Look alike Rock Formation could Cost Over $10,000 Rock formations are fun to collect and would be more fun when you stumble on unusual rocks that look like the Cookie Monster Muppet of Sesame Street. Geologist finds rock formation that looks like Cookie MonsterSmiling face with smiling eyesTwo hearts

In an interview with Daily Mail on Tuesday, Bowers said he thinks it is probably the perfect Cookie Monster. "I have seen others, but here you have it complete on both sides," he added.

The unusual rock looks like a grey egg before it was split. But the rock's blue quartz crystals will be revealed once broken in half, looking a lot like a happy Cookie Monster, CNET via MSN reported.

Bowers uploaded a video on Facebook featuring the blue rock to celebrate the rock's uncanny resemblance to Cookie Monster, along with a song from Sesame Street where Cookie Monster sings. The unusual rock owner was hounded by stone and mineral collectors who wanted to buy the agate for themselves.

Bowers said the rock formation's price could be "very high," proposing more than $10,000 to five various buyers. However, there have been no details if Bowers plans to sell the whimsical rock, as per CNET.

Read also: Could Cats, Dogs Pass COVID-19 to Humans? Scientists Say They Should be Vaccinated, Too!

The Cookie Monster look-alike rock formation is interesting and pricey 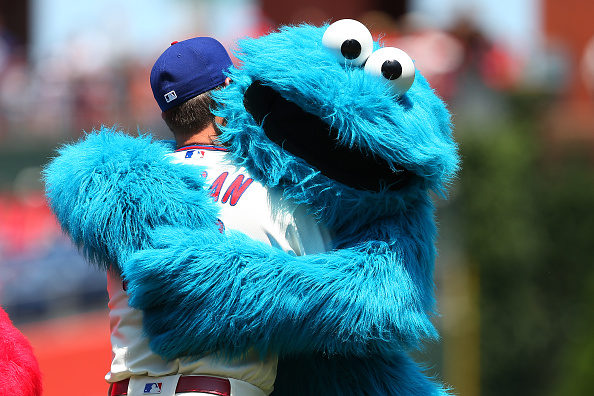 An object's outer covering does not clearly portray what is inside it, like the small gray stone found on the beach that hides an exciting and pricey rock formation. At first, the rock looked like an ordinary piece out there: rough, gray, and shaped like an egg. But what's inside of it makes it interesting and unexpected, according to IBT.

The rock formation contains blue quartz crystals arranged to look like the famous children's TV show character, the Cookie Monster. The rock's inner form is complete to look the same as the character with two quirky eyes and a big smiling face.

Bowers told Daily Mail that volcanic rock's formation is rare, and the Cookie Monster-like rock was the only one he saw to have such well-defined so far. The unusual rock is considered valuable, and Bowers has received generous offers for it, he indicated.

Read also: Did 'The Simpsons' Predict Kamala Harris' Fate as the US vice President? Here's What We Know