Why Intel CEO Bob Swan Is Stepping Down From His Position, VMware CEO Pat Gelsinger To Replace Him

Intel CEO Bob Swan will step down and will be replaced by VMWare CEO Pat Gelsinger, the company announced on Wednesday. 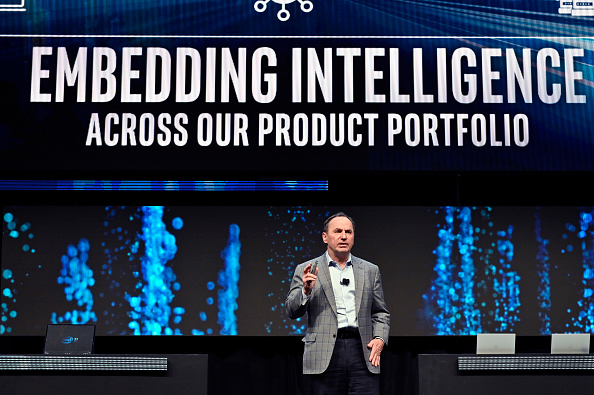 On February 15, Pat Gelsinger will be the company's new CEO, based on the Intel website's announcement. Intel's stock rose to nearly 10% after CNBC's David Faber reported the news prior to the information, while VMWare's stock was down by more than 5%.

In January 2019, Swan was named CEO after seven months of serving as interim CEO, CNBC reported. Intel suffered blows from competitors during Swan's tenure, as per CNBC. The company said its latest generation chips would be delayed over the summer, while AMD's were shipping inside laptops.

In the fall, Apple announced it would use its proprietary chips in Mac computers as it broke a 15-year partnership with Intel for chip supplies. In December, Dan Loeb's Third Point hedge fund causes Intel's board to explore alternatives, which came after Intel lost market share against Samsung, TSMC, and AMD.

Third Point took an almost $1 billion stake in Intel as it urged the firm to divest from "failed acquisitions." It also criticized Intel for the "loss of manufacturing leadership," as per Reuters.

Loeb called Swan "a class act" after the news of Swan's departure. He added that Swan "did the right thing for stakeholders stepping aside for Gelsinger." Intel's chief executive did not have a technical background, critics have pointed. Intel CEO Bob Swan previously worked as CFO. However, with Gelsinger, who previously worked at Intel and became its first chief technology officer, it will no longer be the case.

The announcement has nothing to do with Intel's financial results, and it expects the revenue for the fourth quarter of 2020 and earnings will exceed before the guidance, the company said. It claims that it made "strong progress" on the generation 7 nanometer chips, which Intel will discuss when reports regarding the earnings on January 21 is done.

Who is Intel CEO, Bob Swan?

Intel's CEO Bob Swa is a former eBay executive. He was promoted in 2019 after Brian Krzanich resigned from his position due to failure to disclose an affair with another employee, the Financial Times reported.

Swan had pledged to make data instead of personal computers as the tech industry's growth engine changed into cloud computing. On Wednesday, Ishrak said Swan made a significant contribution through his tenure, particularly in Intel's transformation.

However, in mid-2020, Apple announced that it would shift its Macs and end its partnership with Intel to an Arm-based processor, an own design indication that Intel faces intense competition. Arm is a chip company from the United Kingdom whose designs power the majority of mobile devices. Nvidia's plan of acquisition with Arm for $40 billion will stir the pressure on Intel.