The black community has been the center of attention recently with the death of George Floyd causing riots in the United States calling for the end of inequality, racism, and discrimination towards blacks.

Despite the rampant racism and inequality towards them, black people have historically achieved a lot in different fields such as the arts, culture, and even politics. However, their successes in business and finance are often overlooked.

In a post by Yahoo!Finance, 5 black people who were able to successfully climb up to the top of the economic and financial food chain and became billionaires were featured.

First on the list is Africa's richest person who also happens to be the 162nd richest in the world. With a net worth that has reached estimated the US $8.3 billion, 63-year-old Alhaji Aliko Dangote who hailed from Nigeria is the founder and chairman of the African industrial conglomerate Dangote Group.

Also, a Nigerian businessman, the 67-year-old owner of Nigeria's second-biggest telecommunications company is second on the list. His company has a presence both in Berlin and Ghana. As of February 2020, Chief Michael Adeniyi Agbolade Ishola Adenuga Jr or also known as Mike Adenuga has a net worth of US $7.7 billion.

Arguably one, if not, the most famous black person, US television talk show host Oprah Winfrey also earns a spot on the list of black billionaires. The host, TV producer, media executive, actress, and philanthropist has an estimated net worth amounting to US $2.7 billion.

Due to the success of her talk show, "The Oprah Winfrey Show", Oprah has been named as the US's 'Queen of All Media'. she was also the first North-American black who became a multi-billionaire and was ranked as the 20th century's richest African American. Aside from her riches, Oprah was also dubbed as the most influential woman in the world for the year 2007. 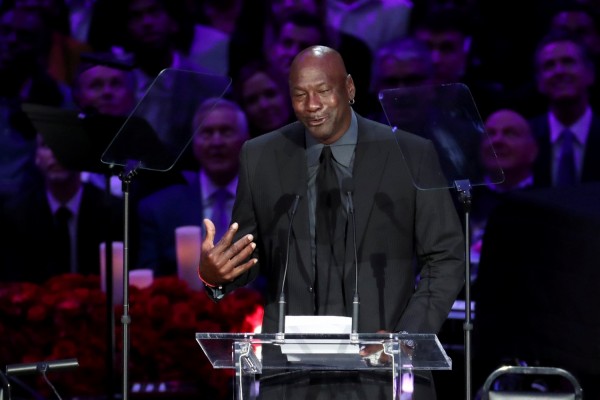 FILE PHOTO: Former basketball player Michael Jordan speaks during a public memorial for NBA great Kobe Bryant, his daughter Gianna and seven others killed in a helicopter crash on January 26, at the Staples Center in Los Angeles, California, U.S., February 24, 2020.

Known for his iconic dunks and intelligence in the hardcourt, basketball and NBA legend also joins our list as his net worth has reached an estimate of US $2.1 billion. Jordan, who is known as one of the greatest players to ever play the game of basketball played 15 seasons in the NBA and won six NBA rings. At the moment, Jordan owns the franchise of the NBA team Charlotte Hornets.

Jordan was also considered as one of those who made a huge impact on the popularity that the NBA has gained around the world between the 80s and the 90s. Aside from this, Jordan also has the "Jordan"-shoe line which until know is sells like hotcakes all over the world.

Born as Shawn Corey Carter, American songwriter, and rapper Jay-Z has also broken the glass ceiling and has made billions. Aside from being a renowned artist, Jay-z is also an executive producer, businessman, and entrepreneur. This has led to his net worth reaching the US $1 billion. He also owns a successful clothing line Rocawear which he founded in 1999.

Alongside Rocawear, his luxury sports bar that was put up in 2003, became multi-million dollar corporations and funded the start of his entertainment company in 2008, Roc Nation. According to Business Insider, Jay-Z is one of the five blacks out of the 607 billionaires in the US.