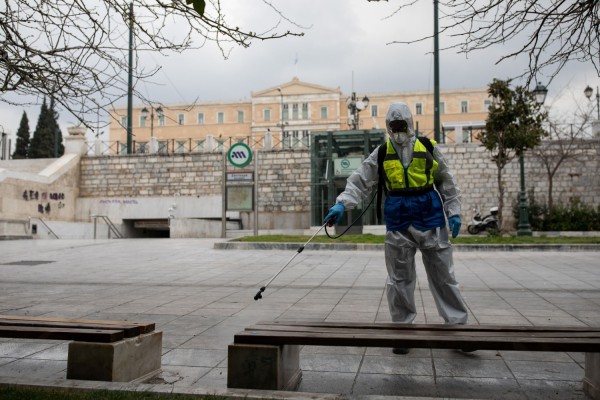 From national quarantines to school closures, each country around the world are implementing every possible measures to contain the COVID-19 and lessen its death toll.

Officially declared by the World Health Organization as a pandemic, the outbreak forced countries to apply counter measures to limit the cases and implement the "lockdowns" based on their own regulations, from implementing mandatory geographic quarantines to non-mandatory recommendations to stay at home, closures of specific types of businesses and banning events, celebrations, or gatherings.

According to the Wall Street Journal, With the massive effort to contain the COVID-19 locking down at least 20 provinces and regions, China implemented the largest quarantine in human history.

Locked down since January 23 after the appearance of the virus, Wuhan residents did self-quarantine in their homes for almost six weeks which increased home delivery demands resulting to food shortages as grocery stores are struggling to meet those demands and that is also the case in other cities where restrictions were imposed, such as Suizhou which has a population of 11 million and Huanggang a home 7.5 million people.

China's containment measures prevented more cases of COVID-19 in the entire world according to WHO, however, one study shows that there are other cases in other cities when the lockdown was imposed but despite the lapses, China's rates of new cases drop-off while other countries continue to have rising cases of the virus.

Dubbed as "I stay home" by the Italian Prime Minister Giuseppe Conte, a nationwide lockdown went into effect on March 10 restricting its 60 million citizens to all aspects of life and advised to stay home as 3,000 Italians already died and at least 35,700 infected with the coronavirus forcing their government to freeze mortgage payments, cancelling healthcare workers vacations and not allowing visits to prisoners. 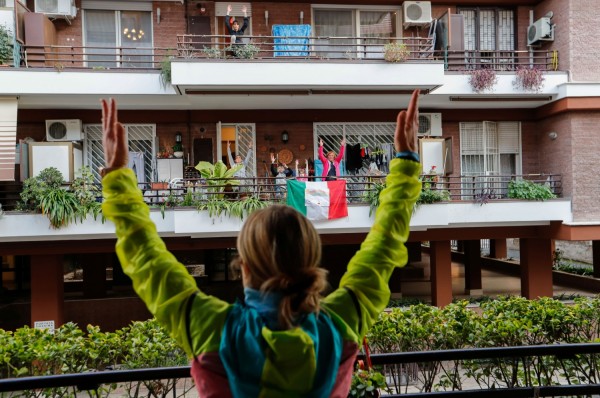 (Photo : REUTERS/Remo Casilli)
Personal trainer Antonietta Orsini carries out an exercise class for her neighbours from her balcony while Italians cannot leave their homes due to the coronavirus disease (COVID-19) outbreak, in Rome, Italy, March 18, 2020. Picture taken March 18, 2020

While the lockdown continues, any travel needs police permission as public transportation and airports continue to operate and essential travel only allowed.

China and Italy have so far had the biggest lockdowns imposed and other countries also followed suit. Spain was the second European country to also declare a nationwide quarantine and ordered its 47 million residents to stay at home for at least 15 days last Saturday.

France also followed with the shutting down of non-essential businesses over the weekend and on Monday announced a full lockdown, which banned gatherings and walking in public. Ireland also announced last week that they would be imposing a country-wide lockdown.

Despite having zero confirmed cases, El Salvador also announced an orange alert which includes national quarantine on its 6.4 million citizens.

Belgium has already gone on lockdown last Wednesday and which will last at least until April 5.

These are only few countries who have announced lockdowns, many have also imposed quarantines, closure of stores and and non-essential business. There have also been widespread bans in large gatherings after the WHO has advised that social distancing is one key to stop this outbreak.

In some of these countries, lockdowns were only imposed on their major cities and some have also already decreed a state of national emergency.