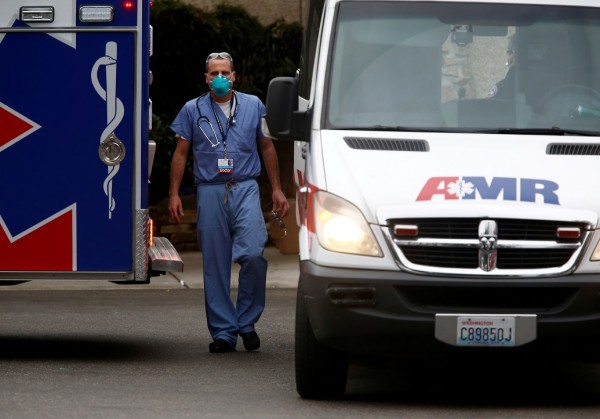 In a span of 24 hours, one thousand retired and private practice doctors and nurses responded to City Hall's cry for help. The throng volunteered to join New York city's medical reserve and help treat their fellow local citizens struck with coronavirus.

Mayor Bill de Blasio compared their bold decision to his parents' generation entering the war. "This is going to be like a war effort. Most New Yorkers haven't experienced what this city and this country is like in a full-scale war."

The volunteers join the 9,000 medical professionals designated at the city's Department of Health acting as part of the Medical Reserve Corps. to answer their call of duty during times of emergency.

De Blasio thinks that it is inspiring that many people are coming forward to help.

Medical students are also being recruited and Blasio's team had asked the federal government for help from other parts of the country.

"My parents both served in the war effort in WWII. I heard these stories from the youngest years of my life."

The mayor added, "When the entire community, the entire city, the entire nation are in common cause, it's a different reality and everyone is going to have to work together to overcome this crisis, and we're going to use every tool, every building, every resource to get us through this."

Herman Schaffer who is the assistant commissioner for community outreach at the city's Office of Emergency management is hoping to recruit more as they reached out to retired doctors and nurses and will be continuing to promote it. He noted that this is the first time they have built a staffing pool like this.

The 9,000 members of the reserve corps were sufficient to conduct medical care during Hurricane Sandy.

De Blasio called out for assistance to retired or private-practice doctors and nurses on Tuesday to provide treatment for coronavirus patients after NYC's caseload grew by 100 overnight.

Polis said that former health care workers include anyone who is currently retired doctor or nurse or working in another field whose medical license is still active or can be reactivated.

The frontliners have been struggling to balance providing care alongside the fear of exposing their families to the illness.

The number of infected people was consistent in its depressing march upward, hitting 1,871 cases in the five boroughs alone. So far, there have been 11 fatalities.

Some health care workers say they do not have the protective equipment they need.

De Blasio said on Thursday, "We are two weeks or three weeks away from running out of the supplies that we need most for our hospitals."

Aside from a lack of hospital beds especially in New York City, de Blasio said the city is looking to convert large spaces like hotels into health care facilities or logistics staging.