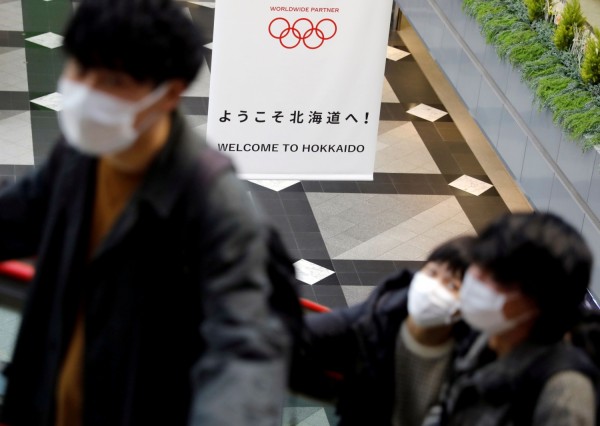 Despite the continued expression of confidence of the International Olympic Committee that the 2020 Tokyo Olympics will push through as scheduled amid the coronavirus outbreak, an official from Japan said that there is still a possibility that the event will be postponed and rescheduled later in the year.

The Olympics is originally scheduled to run from July 24 to August 9, but according to Japanese Olympic Minister Seiko Hashimoto, the contract for the games only states that the event needs to be held within the year, thus, there is still an open window to postpone the games to later in 2020 if the coronavirus scare does not subside to prevent further spread of the outbreak and to protect athletes and fans.

According to USA today, Hashimoto told the parliament that the IOC only has the right to cancel the Tokyo Games is they are not held during the calendar year. Furthermore, when she was asked if she believes that the Olympics should push through even with the coronavirus scare, she answered that they are doing their best in order for that situation to be avoided.

On the other hand, the IOC has remained consistent with their stand that they have not even thought of postponing, much more canceling the Games even with the continued spread of COVID-19, which has now more than 92,000 cases worldwide and has infected people in more than 70 countries as reported by the World Health Organization.

On Tuesday, the IOC released a statement reiterating that the committee is fully committed to pushing through with the games as scheduled and encourage the participating athlete to continue their preparations. It was further noted that the IOC has been in continuous contact with the WHO and was briefed by a joint task force last Tuesday regarding the measures that have been taken to address the coronavirus situation so far.

However, despite the IOC's confidence about the situation, questions about the Olympics still persist as the coronavirus continues to invade worldwide. Speculations about the possible postponement even heightened last week when Dick Pound an IOC member told the press that the committee will need to make a decision to either cancel or postpone the coming Games by the end of May.

He added that when that time comes the fate of the games would be dependent on whether the IOC is already confident the virus is under control enough to travel to Tokyo.

Regardless of the previous statements made, Mark Adams, spokesperson for the IOC reiterated in a news conference last Tuesday that there is no discussion on what the final decision on the Olympics would be since the decision is already made. He also added that the decision is to push through with the games and they do not see any reason to change it.

Furthermore, he said that amid all the speculations, the fact is that based on evidence they have collected from the WHO and proper authorities, there is no reason to make any changes to the plans for the Games starting on July 24.

Related news: Olympics Threatened Due to Coronavirus, Japan Has No Plan B