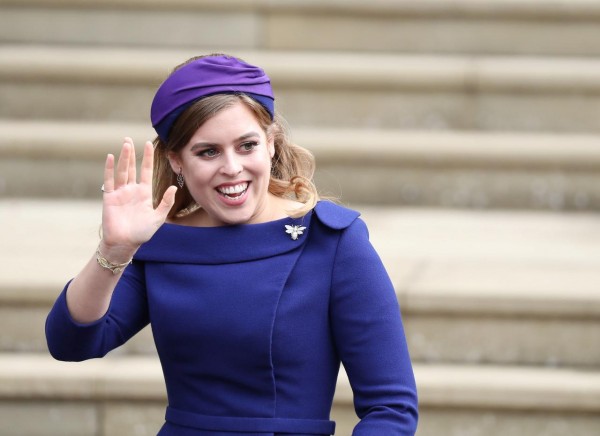 After her and Prince Harry's big Royal Family exit earlier this year, it seems that Meghan Markle will be heading back to the UK for Princess Beatrice's wedding. However, according to a royal expert, Meghan's return may overshadow the bride-to-be on her big day.

According to Express UK, on the February 12 episode of "This Morning," hosts Philip Schofield and Holly Willough spoke to Camilla Tominey, a royal commentator about the latest news on the British Monarchy. The topic immediately went to the upcoming wedding of the Princess of York. Tominey also said that Meghan and Prince Harry decided to divide their time between Canada and UK after they stepped down from their duties as royals, this could mean that the two will be present at the royal wedding and may steal the attention from the bride and groom themselves.

Princess Beatrice of the Buckingham Palace has officially revealed that she will be tying the knot with fiancé Eduardo Mapelli Mozzi on the May 29 this year. The wedding will be held at The Chapel Royal in St James' Palace which is a rather intimate location and means that the guest list will probably be a little small for a royal wedding.

Also read: Meghan Markle Orders Prince Harry to Get in Shape for Hollywood

Although the wedding is set months after the controversial "Megxit," it is expected that the Duke and Duchess of Sussex will be present in Princess Beatrice's wedding since she was invited to their royal wedding as well.

However, Tominer emphasized that while the wedding is the main event, it could be upstaged by Harry and Meghan because people are gonna talk about them more. After all, with an intimate wedding party of only around 150 guests based on the location, it is not going to be the big royal wedding like William and Kate's and could easily be overshadowed simply by Meghan and Harry's return from Canada.

The Princess of York is yet to make an official comment on Meghan and Harry's exit from royal duties, but so far all that is out there is the correspondence by the Buckingham Palace.

Preparations for the royal wedding are already on the works months before the wedding and the bride and groom has also a request to ask from their guests. The couple are asking attendees of their wedding to not provide them with any wedding present instead they asked them to learn more and possibly help out two charities that are close to the couple's heart.

It can be recalled that the princess and her fiancé got engaged last September, which happened after a romantic proposal from the groom to be in Italy.

Whilst the past three royal weddings of Prince Harry, Prince William and Princess Eugenie were shared to the British Public via their televisions, the couple announced last month that their wedding will not be televised.

Both BBC and ITV also confirmed that they will not be filming a coverage on Buckingham Palace's Princess Beatrice's wedding.